Sea level rise, ocean acidificatiion, and other effects of global warming and climate change will affect the location and functioning of many human developments, natural resources, and important ecological areas. Coastal areas must prepare for these changes.

Many agencies and organizations are working to limit greenhouse gas emissions to slow the rate of global warming, an effort that Oregon Shores strongly endorses. However, significant impacts to the Oregon Coast from global warming are already inevitable, primarily from major changes in the ocean such as sea level rise and acidification. The Climate Program was launched to encourage local communities and counties on the coast, along with state government, to begin now to put in place strategies and processes for adapting to these changes. 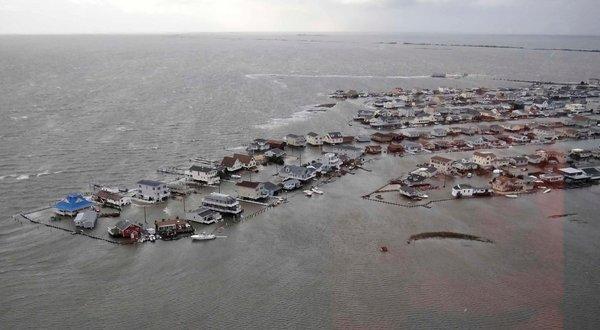 Sea level rise will affect the location and functioning of many human developments, natural resources, and important ecological areas. Many past conservation gains, such as protections for certain natural areas, will be eroded – literally and figuratively – by climate change impacts. Understanding and planning for these changes to support ecosystem health and the resilience of human communities will be challenging and will require the integrated approach to bioregional governance that Oregon Shores promotes.

The Climate program, begun in 2009, has produced a set of white papers on scientific and legal aspects of climate change adaptation on the Oregon coast and, through the Coastal Law Project, has begun producing guidelines and model ordinances to advance the legal framework for dealing with eroding and shifting coastlines and changing boundaries of wetland areas. More must be done to update the land use planning system to clarify these issues and support landowners in the decision to move upslope rather than attempting to armor the coastline against the rising sea. The Climate program promotes the adoption of ongoing adaptive planning processes for responding to climate change, promoting resilience in coastal communities and natural areas over time rather than one-time changes in regulation or law that attempt to anticipate all future scenarios, as are now commonly used in community planning.