Marine reserves are areas of the ocean that are protected from fishing, seaweed harvest, mining and other extractive activities, and any uses that would destroy or alter the marine environment.  They serve as refuges where fish and other marine life are safe from harvest and thus are able to serve as sources for eggs and larvae that can help to populate ocean areas both nearby and far “downstream.”  They are also valuable sites where eggs and larva from “upstream” sources can settle, mature, and ultimately reproduce.  Because they are undisturbed, marine reserves are extremely valuable as scientific study sites to try to better understand the effects of ocean conditions on marine life. Marine reserves have become an important management tool world-wide in helping to conserve marine resources.

Oregon currently has five “no-take’ marine reserves that have been officially designated for ocean areas along the coast. The five sites include: 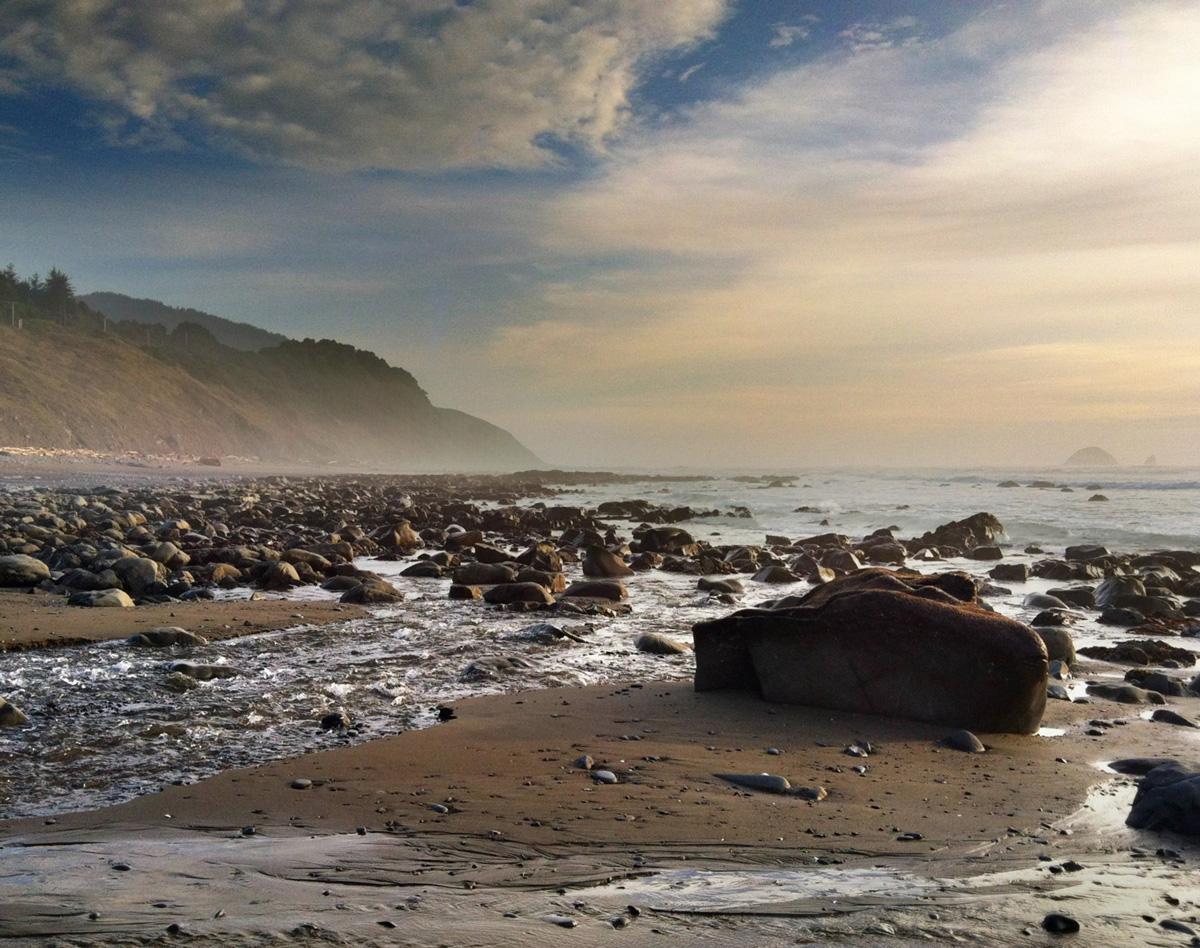 In addition, a “marine protected area” has been designated adjacent to all the reserves (except Otter Rock) that restricts but does not totally prohibit fishing in these areas.

The Oregon Department of Fish and Wildlife (ODFW) manages the reserves and protected areas, handling planning responsibilities and conducting or overseeing scientific research and monitoring within the reserves. The ODFW maintains a website full of information about the marine reserve program and each of the sites.  Other agencies, including the Oregon State Police and county sheriffs in adjacent counties provide enforcement duties. 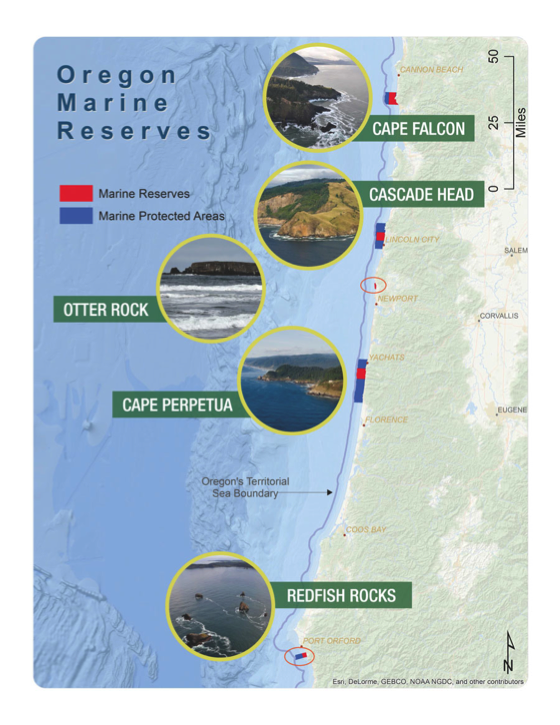 By comparison, California has designated 124 marine reserves and marine protected areas within four regions under its 1999 Marine Life Protection Act.

The five Oregon sites were designated in 2013 and 2014 after more than a decade of campaigning by the conservation community and other advocates.  Oregon Shores began championing the idea of marine reserves when the board adopted a policy favoring them in 2000, and shortly thereafter we founded the Oregon Ocean coalition with Surfrider and Portland Audubon.   Over time Oregon Ocean morphed into Our Ocean, a long-running campaign involving a wider range of conservation groups and backed by the Pew Foundation, among other foundation supporters. Many others were involved in the effort to establish reserves, including any marine scientists, state and federal agencies, ocean users and other stakeholders.

In 2000, then-Governor John Kitzhaber directed the Ocean Policy Advisory Council (OPAC) to study the issue of marine reserves and determine whether such areas might be beneficial to Oregon’s goal of conserving marine resources.  In 2002, OPAC completed its controversial two-year study and recommended that Oregon pursue implementation of a limited network of marine reserves to determine their effects on fishery and other marine resources and provide a baseline of undisturbed areas for scientific study.  No actual sites were identified.  In 2006, the OPAC created a Marine Reserves Working Group that framed many of the issues related to designating marine reserves such as the location, size, and spacing of marine reserve sites, and how to avoid impacts on other ocean users, principally fishermen.  In March of 2008, Oregon Governor Ted Kulongoski issued an Executive Order directing the Oregon Department of Fish and Wildlife and the Department of Land Conservation and Development to involve OPAC and lead a community-based process to identify up to nine marine reserve sites.  That process culminated in 2009 with designation of Redfish Rocks and Otter Rock marine reserves, followed in 2011 designation of Cascade Head, Cape Falcon, and Cape Perpetua marine reserves.

Our Ocean, having succeeded in pushing through these first five reserves, disbanded.  In its stead, a coalition of conservation organizations, including Oregon Shores, Surfrider, The Nature Conservancy, Portland Audubon, Oceana, and the Coast Range Association, subsequently formed the Oregon Marine Reserves Partnership to keep watch over management of the reserves, build grassroots support for them through education, advocate for needed research, and stand ready to guard the reserves against any political effort to eliminate or de-fund them.