Oregon Shores has been involved in hundreds of regulatory actions, large and small, in our more than 45-year history.  Many regulatory decisions—land use, water quality, habitat management and so forth—aren’t satisfying because they represent partial victories.  Often, the result is that a proposed development still goes forward, but with a greater setback from the shore or a wider buffer zone from a wetland; or water quality improves, although not to the pristine state we would have preferred; or dredging still takes place, but must be done during particular seasons of the year when it will do the least damage.

Even so, Oregon Shores has been involved in many cases which did produce significant conservation results.  Conservation groups don’t build monuments; they prevent monuments from intruding on natural habitat.  Oregon Shores’ land use legacy consists of the condos which are not occupying a headland; the gates which are not there to block public access; the ghost golf course which is not sprawling over a vulnerable sand spit; the pollution which is not poisoning a river; the neon signs which do not cast their glare across the view.  That legacy also exists in the dry language of legal citations, which can have a huge impact on the landscape when they become the basis of future legal decisions.  Oregon Shores is a named party in more than 40 precedent-setting cases.

Here are just a few of the regulatory processes in which Oregon Shores has made a difference.  In most cases we didn’t make that difference by ourselves.  We have worked with community activists and partner organizations—local groups like Friends of the 804 Trail, Friends of Coquille Point or Friends of Fishing Rock, and larger organizations such as 1000 Friends of Oregon—in almost every situation.  But in many cases, Oregon Shores played a key role in these coalitions.

Yaquina Head:  Shortly after the organization came into being, Oregon Shores took on a leading role in pushing for public purchase of this iconic headland, before a quarry could destroy its profile.  (The present-day interpretive center now located there sits within that old quarry.)

South Slough:  A major issue during the ‘70s, for which Oregon Shores vigorously advocated, was the protection of this offshoot of Coos Bay as an estuarine sanctuary.  Many voices joined ours in this campaign, but Oregon Shores board members, including the then-director of the Oregon Institute of Marine Biology, Paul Rudy, played a critical role in the creation of what became the South Slough National Estuarine Research Reserve.

804 Trail:  Working with a strong group of local activists, Oregon Shores successfully prevented development from blocking unused County Road 804, which remained a public right-if-way, and was transformed into Yachats’ splendid, shore-hugging 804 Trail.  There was a coda two decades later.  Oregon Shores advocated that properties developed illegally on another stretch of this right-of-way be granted lifetime tenure but then removed to allow extension of the trail.  We didn’t succeed in the ultimate goal, but in a compromise did obtain several new shoreline access points for the public.

Coos Bay:  Oregon Shores sued Weyerhaeuser over the effluent the company was releasing from its plant on the North Spit into the Coos Bay estuary, and won, resulting in abatement of the impact plus a mitigation project benefiting South Slough. 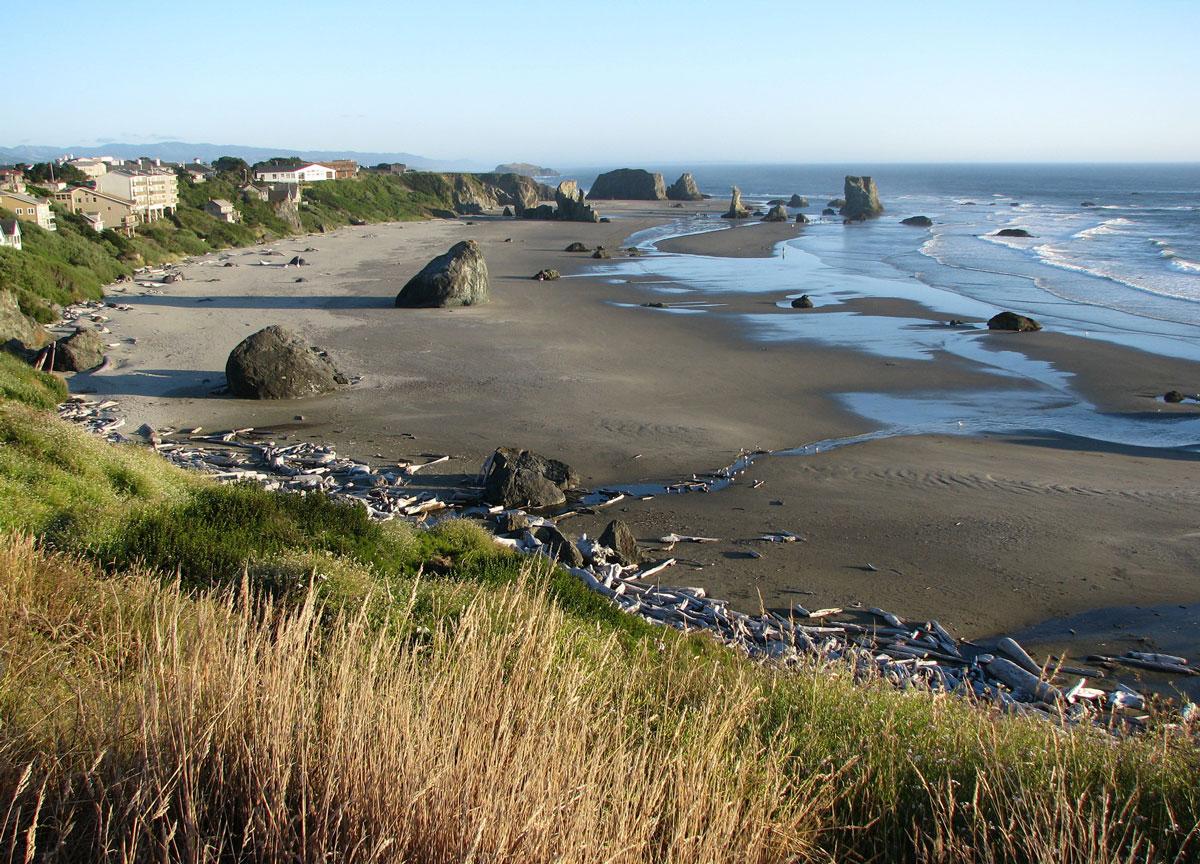 Coquille Point:  This cherished Bandon viewpoint and access to an particularly beautiful stretch of shoreline might have been lost to condos without Oregon Shores’ intervention on behalf of local opponents.

Fishing Rock:  A small but striking headland between Lincoln City and Depoe Bay would have disappeared beneath a housing development instead of becoming the state park it is today had it not been for Oregon Shores’ land use advocacy.

Indian Point:  This issue hit particularly close to home, as a major housing development as proposed for this point of land bordering South Slough, which Oregon Shores had earlier worked to preserve.  Working with local citizens, we blocked the development and preserved the estuary’s riparian zone.

Sand Lake Spit:  While Oregon Shores can’t take credit for the public purchase of the former Beltz Farm on the spit that encloses the Sand Lake estuary north of Tierra del Mar, which has become the new Sitka Sedge State Park, the spit would not have remained a natural area long enough for this happy resolution had Oregon Shores not blocked development of a golf resort there a decade earlier.

Coastal Hazards:  Through a citizen-driven process, the community of Neskowin developed a plan for addressing natural hazards, particularly erosion driven by sea level rise, and the Tillamook County Board of Commissioners adopted it as an ordinance.  A would-be developer challenged the decision, and at the county’s request, we assisted with the successful defense of the ordinance before the Land Use Board of Appeals.

Bayocean Spit:  In support of strong local opposition within the Cape Meares community, we testified against a proposal for a very dubious “eco-resort” to be situated on the spit that enclosed Tillamook Bay.  The county’s planning commission agreed and rejected the permit.

Crook Point:  So far, so good.  Oregon Shores has been opposing development of a resort on this remote headland, adjacent to a wildlife refuge, two state parks, and what ecologists consider Oregon’s most biodiverse intertidal habitat area, for the better part of a decade now.  We have prevailed on key points in two appeals to the state’s Land Use Board of Appeals, which thus far have thwarted the would-be developer’s plans.  There has been no further proposal for more than two years, but this battle isn’t yet over. 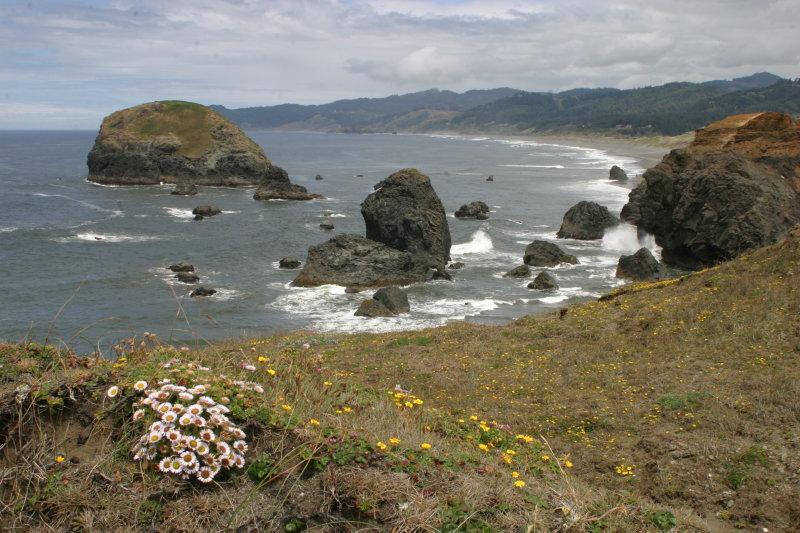