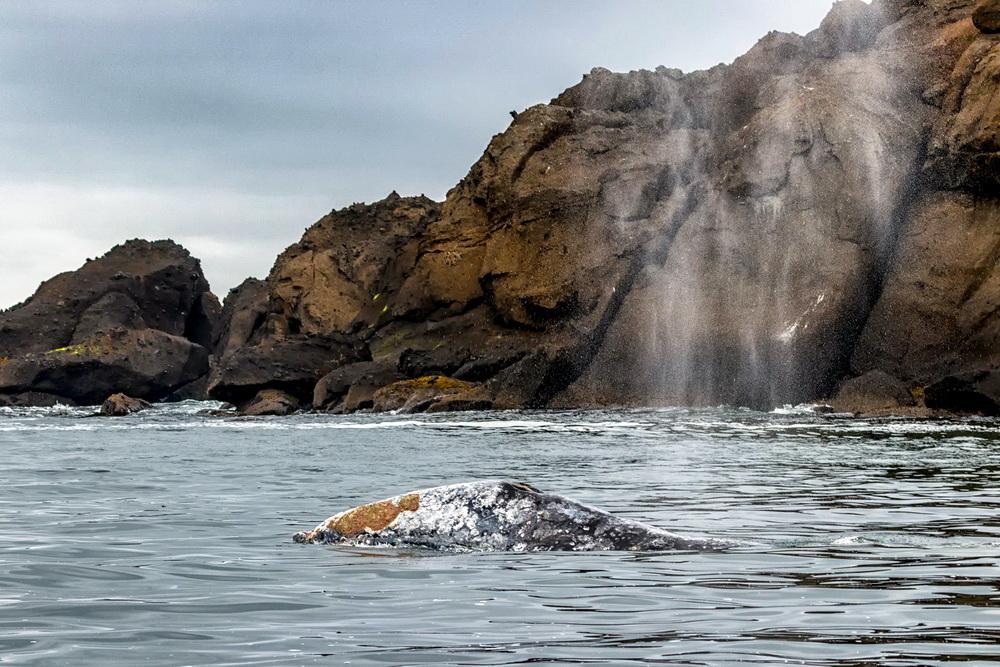 The Hatfield Marine Science Center’s Thursday seminar series continues online.  Coming up next is a webinar on the ever-popular topic of whales.  The speaker is Aimee R. Lang of the Marine Mammal and Turtle Division of the Southwest Fisheries Science Center of NOAA-Fisheries.  Her topic: “Insight into the population structure of gray whales using genetics.”  The event takes place on Thursday, June 10, at 3:30 p.m.

Lang’s description of her topic:

“A decade ago, gray whale population structure appeared relatively straightforward, with a large eastern North Pacific (ENP) population found off the western coast of North America that was considered distinct from the much smaller population of whales known to feed off Sakhalin Island, Russia, in the western North Pacific (WNP). The WNP gray whales, which were thought to be a remnant of the population of whales that was hunted to near-extirpation in Japanese and Korean waters between the 1890s and 1960s, were presumed to remain in the WNP year-round, migrating down the Asian coast to wintering grounds somewhere off the coast of southern China. Results of genetic analyses were consistent with this understanding, showing that the whales feeding off Sakhalin Island were genetically differentiated from their eastern counterparts, as would be expected if ENP and WNP whales were breeding in different geographic areas. In 2010, OSU’s Bruce Mate and colleagues successfully tagged a single gray whale, “Flex”, off the coast of Sakhalin Island; rather than migrating south that winter he headed east, making it all the way to the Oregon coast before losing his tag. Since then, photo-identification, genetic, and tagging studies have identified additional whales that make the journey from Sakhalin to migratory routes and wintering grounds in the ENP. While these findings don’t invalidate the results of genetic analyses, they do require that the genetic findings be reinterpreted in the context of such movements. Here I will discuss how the results of genetic analyses can contribute to our current understanding of gray whale population structure, both between the eastern and western North Pacific as well as within the ENP population.”