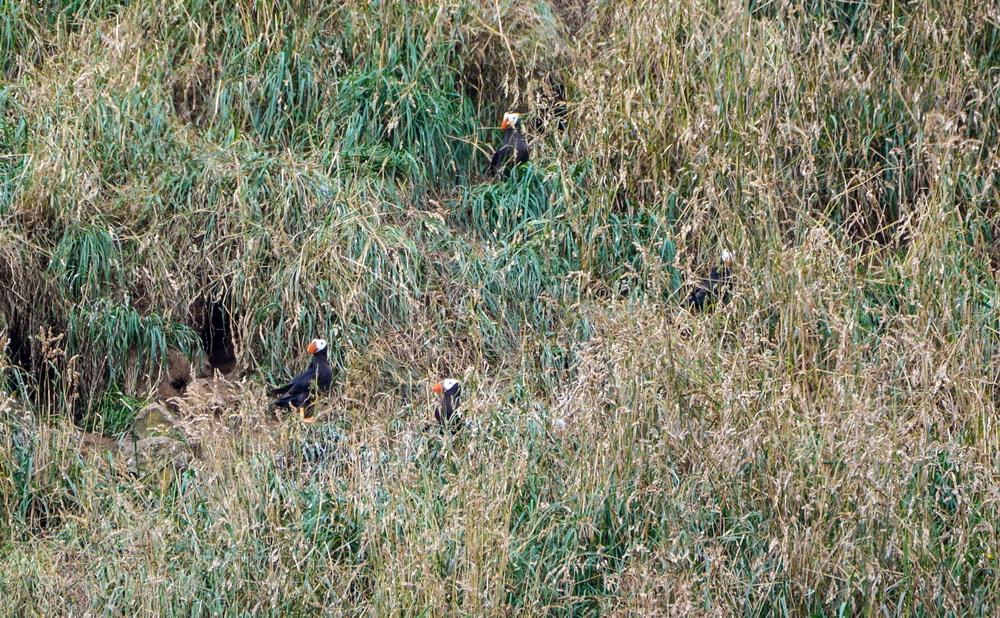 The Friends of Haystack Rock group is extended its usual winter-to-spring speaker series into the summer this year.  On Wednesday, June 9, 7 p.m., the featured speakers will be Amy Eberling and Amanda Colbert of the Salish Sea Scholl, speaking on “The State of the Endangered Tufted Puffins in Washington State.”  (The puffin population that nests on Haystack Rock is of course one of the Friends’ primary concerns.)

The presentation will discuss the effort by the Salish Sea School to help save Washington State's endangered Tufted Puffin population by helping with data collection at Smith Island, promoting stewardship through experiential marine conservation programs for students, and increasing public awareness of this population.

Amy Eberling is the founding director of the non-profit Salish Sea School.  She spent more than a decade as a high-school biology teacher, then created her outdoor-based school, which is devoted to cultivating student leaders in marine conservation through uniquely tailored programs focused on the water.  These programs include a student research project on the endangered Tufted Puffin population at Smith Island.

Amanda Colbert works as the Education Assistant for the nonprofit Orca Network, connecting people to the whales of the Pacific Northwest. She is also a co-educator with The Salish Sea School. In both capacities, Amanda strives to educate people of all ages about the diverse marine wildlife in the Salish Sea and the importance of providing them safe and healthy habitats.

View this program at Facebook Live @Friends of Haystack.