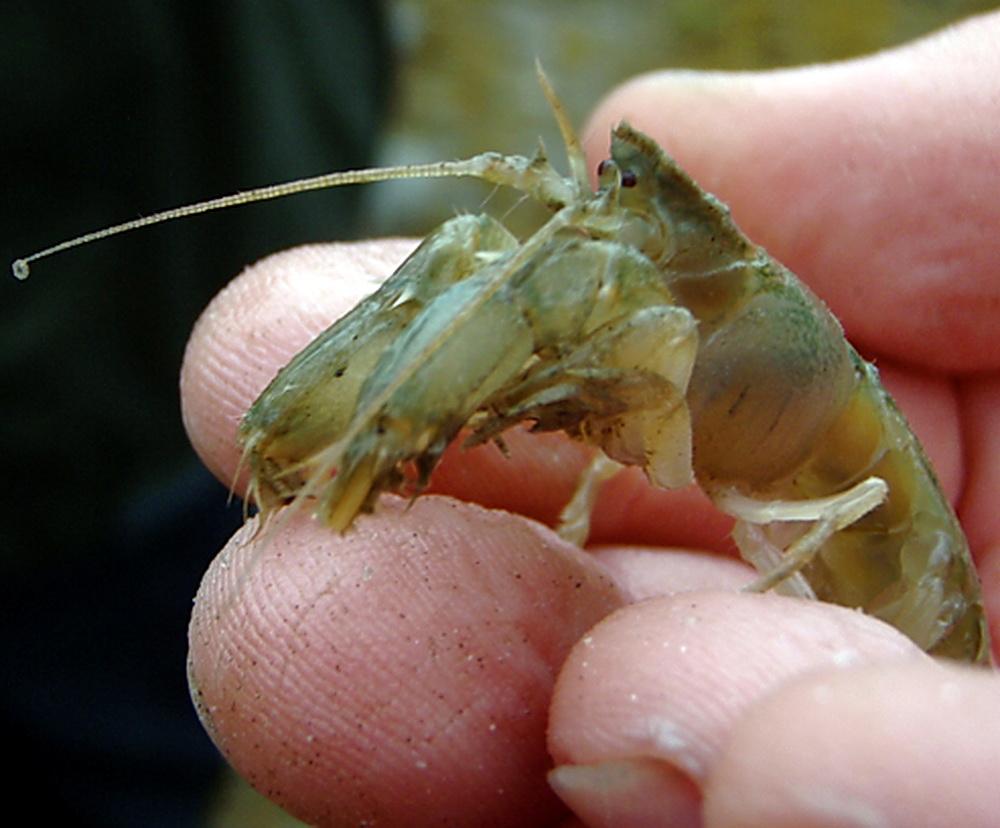 The public is invited to a presentation by John Chapman at the MidCoast Watersheds Council meeting on Thursday March 2nd, at 6:30 pm in Newport, to learn about threats to native mud shrimp, the original ecosystem engineers of Oregon estuaries. The meeting will be held in the public meeting room at the Central Lincoln PUD building, located at 2129 N Coast Hwy in Newport, across from the Safeway complex.  Refreshments will be served.

The native blue mud shrimp has been declining to effective or actual extinction over its range between British Columbia and Morro Bay, California. The decline has been due to an introduced Asian isopod parasite that arrived in the mid-1980s without any of its native Asian hosts. The blue mud shrimp has been the only final host for the parasite in Oregon, leaving it without an alternative host to maintain its populations where blue mud shrimp extinctions occur. However, recent invasions of a co-evolved host species from Asia have added an alternative host as the native mud shrimp have disappeared, enabling the parasite to persist. In the end, the loss of this native mud shrimp may be as significant to the estuaries as diking or the depletion of marshes and mudflats.

Dr. Chapman is a research scientist based at the Hatfield Marine Science Center.  Among his research concerns are the ecology and natural history of introduced marine organisms in nearshore oceans and estuaries, marine tsunami debris, the collapse of native burrowing mud shrimp in the eastern Pacific and the population biology of western gray whale prey species on the Sakhalin Island shelf of Russia. Chapman also teaches “Aquatic Biological Invasions” through the Oregon State University departments of Fisheries and Wildlife and Integrative Biology.