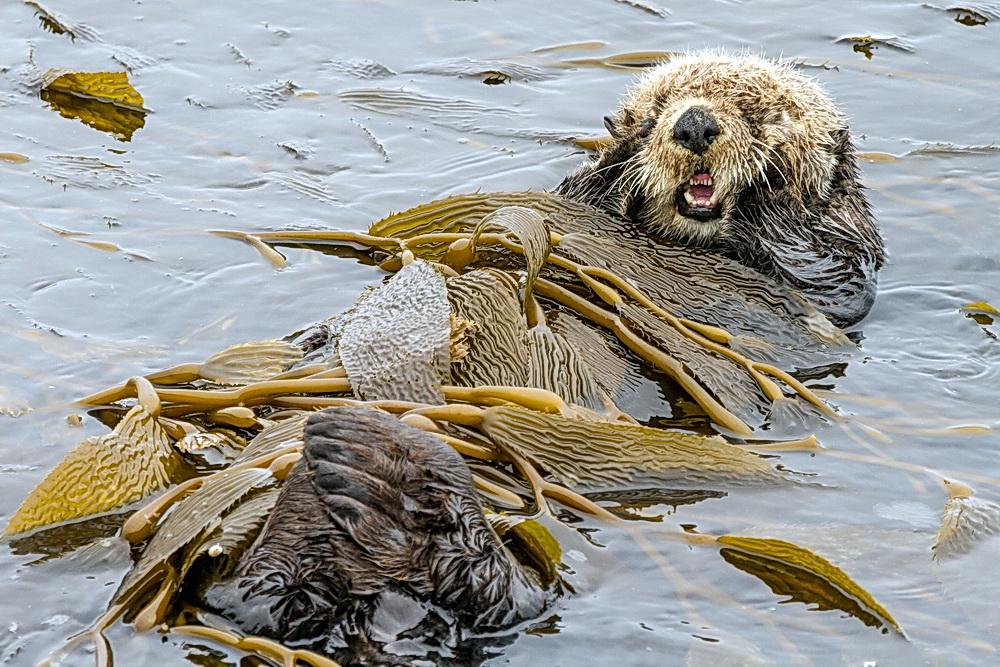 Sea Otter in the kelp. /Photo by Joe Platko.

The American Cetacean Society, Oregon Chapter, will be holding a webinar on Saturday, Nov. 12th at 10:00 a.m. Peter Hatch of the Elakha Alliance and Confederated Tribes of Siletz Indians Cultural Resources office will be the guest presenter. He will be discussing Indigenous uses of marine mammals and the project to restore sea otters along the Oregon coast. He will be discussing the cultural, historical and ecological significance of sea otters and the reintroduction plan.

Sea otters play a critical ecological role as a “keystone species” of the kelp ecosystem. The term keystone means a species that has a disproportionately large effect on its environment relative to its abundance. Sea otters have been missing from Oregon’s ecosystem for 110 years, but that is only a fraction of the amount of time they thrived here. Learn about the history of sea otters in Oregon and their strong cultural ties to coastal tribes. The Vision of the Elakha Alliance is: An Oregon coast 50 years from now where our children and grandchildren co-exist along with a thriving sea otter population and a robust and resilient marine ecosystem.

Peter is the Secretary of the Elakha Alliance. He received his B.A. from Brown University. He worked at the National Museum of the American Indian before taking his current position as Historical Researcher and Cultural Resources Technician in the Confederated Tribes of Siletz Indians Cultural Resources office. Peter is a member of the Confederated Tribes of Siletz Indians. He’s been fishing, clamming and crabbing in Lincoln County his entire life, and wants to ensure that his descendants can always do the same.

This two-hour talk is free and open to all. For more information and to register, go here.