Science Pub Portland: Into the Abyss 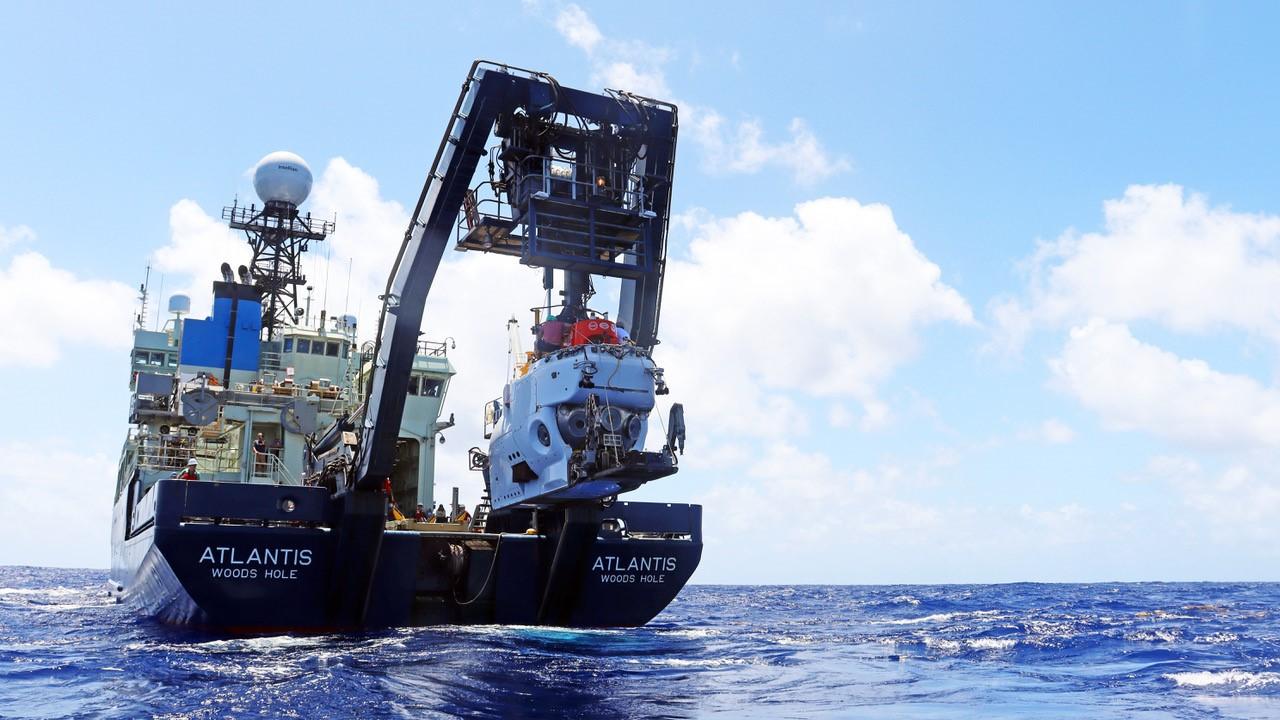 Research submersible Alvin at sea on a science verification expedition on the ship Atlantis. /Photo by Hannah Piecuch, WHOI

On Tuesday, August 16 at 7 p.m., the Oregon Museum of Science and Industry (OMSI) is hosting a talk in the Empirical Theater on Alvin, the human-occupied U.S. research submersible. This submersible has undergone upgrades allowing it to reach depths of 6,500 meters (four miles).

The talk features microbiologist Anna-Louise Reysenbach, geologist Adam Soule, and ocean engineer Anna Michel. They will share the significant milestones of Alvin’s history and scientific discoveries. In addition, the team will discuss engineering aspects of the recent upgrades and offer insight into the connectivity between the deep ocean and the surface of the planet.

Anna-Louise Reysenbachis a Professor in the Biology Department at Portland State University. Until recently, she served as the U.S. Deep Submergence Science Committee chair. Her research focuses on the microbial ecology of high-temperature ecosystems, both in terrestrial hot springs and deep-sea hydrothermal vents. Her lab uses both ecological- and genomic-informed approaches to study and grow new lineages of life.

Adam Soule is a Professor at the University of Rhode Island - Graduate School of Oceanography and the Executive Director of the NOAA-funded Ocean Exploration Cooperative Institute. Previously he served as the Chief Scientist for Deep Submergence at Woods Hole Oceanographic Institute. His research focuses on volcanism in the ocean and associated tectonic and hydrothermal processes. He uses deep submergence vehicles (HOV, ROV, AUV) to observe and sample mid-ocean ridges, submarine arcs, ocean islands, and other benthic sites of heat, fluid, and chemical exchange.

Anna Michel is an Associate Scientist in the Department of Applied Ocean Physics and Engineering at the Woods Hole Oceanographic Institution. She also serves as the Chief Scientist for the National Deep Submergence Facility. Her research focuses on the development of new in situ sensors and sensing platforms for advancing our understanding of ocean chemistry in locations ranging from deep-sea hydrothermal vents to the coastal Arctic. Michel’s lab is also developing technologies for measuring microplastics.”

Tickets are $5 and can be purchased online.