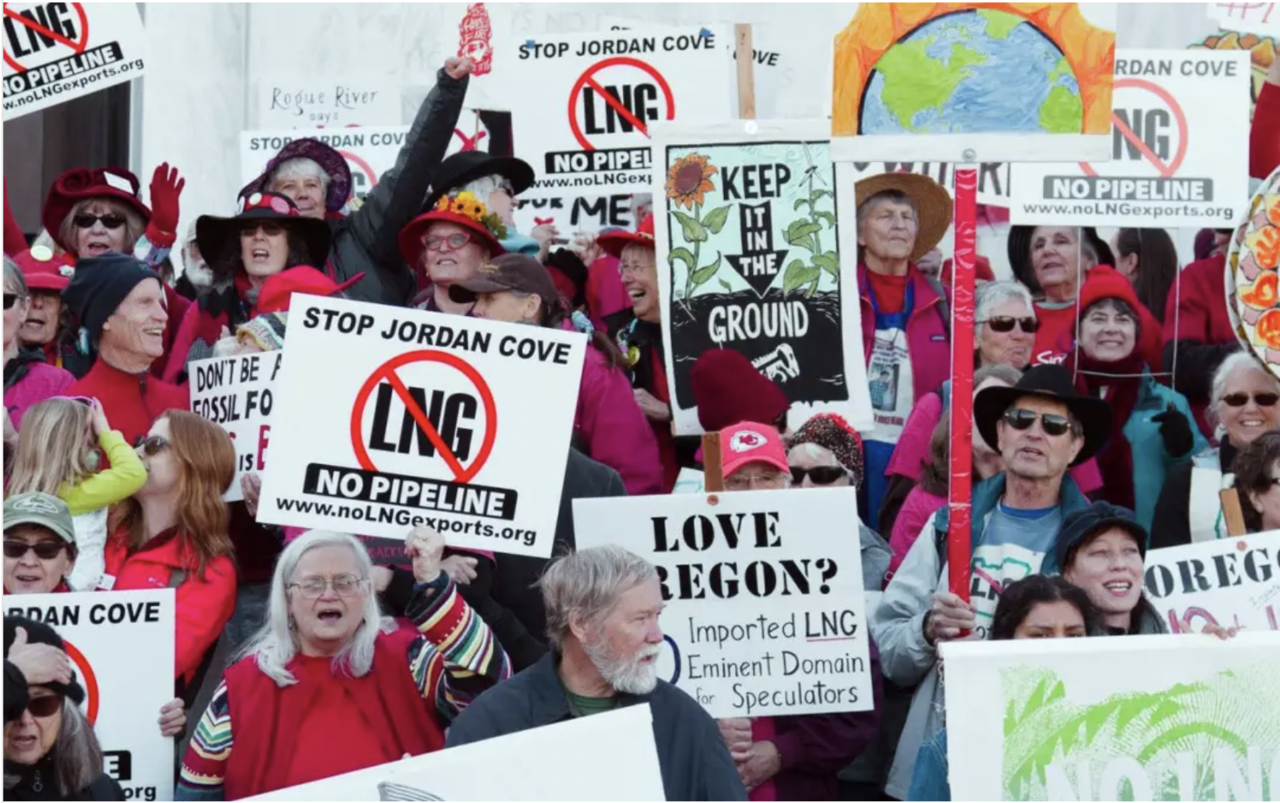 On Thursday, Nov. 10, Rogue Climate will be holding a virtual Climate Shindig from 5:30-7:30 p.m. The Shindig will include short film screenings, updates about what our communities accomplished in 2022, and what is planned for 2023. This event is free and open to all, and there will be Spanish and ASL interpretation during the event.

On accomplishment Oregon Shores has supported Rogue Climate on was the successful campaign to block the Jordan Cove LNG export facility, which would have been the state's largest emitter of greenhouse gases. For 18 years communities across Southern Oregon fought to stop the massive Jordan Cove LNG export terminal that was proposed for Coos Bay and its accompanying 36" fracked gas pipeline. This infrastructure would have spanned 230 miles across four counties, crossing countless rivers and streams and threatening a couple hundred landowners with eminent domain. After years of organizing and agitating, the project was finally stopped on December 1, 2021.

More about the event:

"From stopping fossil fuels to supporting Almeda fire survivors, Southern Oregon and South Coast communities have done incredible work over the past year. Together, our communities organized for climate justice by working towards a just transition to clean energy, increasing community resilience to the impacts of climate change, and developing the next generation of climate justice leaders. It’s time to celebrate those accomplishments!

The three short films we’ll be screening at the Shindig include:

To register for the event, go here.