A Robust(us) Discussion in Newport 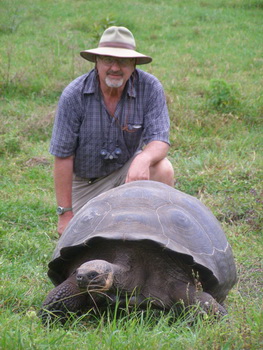 Gray whale expert Jim Sumich will speak to the Yaquina Birders & Naturalists at their meeting on Thursday, Sept. 17.  The meeting, which is free and open to the public, starts at 7 p.m. at the Public Meeting Room of Central Lincoln PUD (2129 North Coast Highway) in north Newport.

Sumich will present North Pacific Gray Whale Populations: The Eastern/Western Paradox. Gray whales are one of the most observed and best studied whales along the West Coast. They are protected as two separate populations -- a large eastern (North American) population of about 20,000 whales and a critically endangered western (Asian) population of less than 150. Dr. Sumich will describe current research that may clarify the status and management of these populations. He has conducted research on gray whales from Baja California to British Columbia and has published a new book, E. robustus: The Biology and Human History of Gray Whales, which addresses this new research and everything else you ever wanted to know about gray whales.