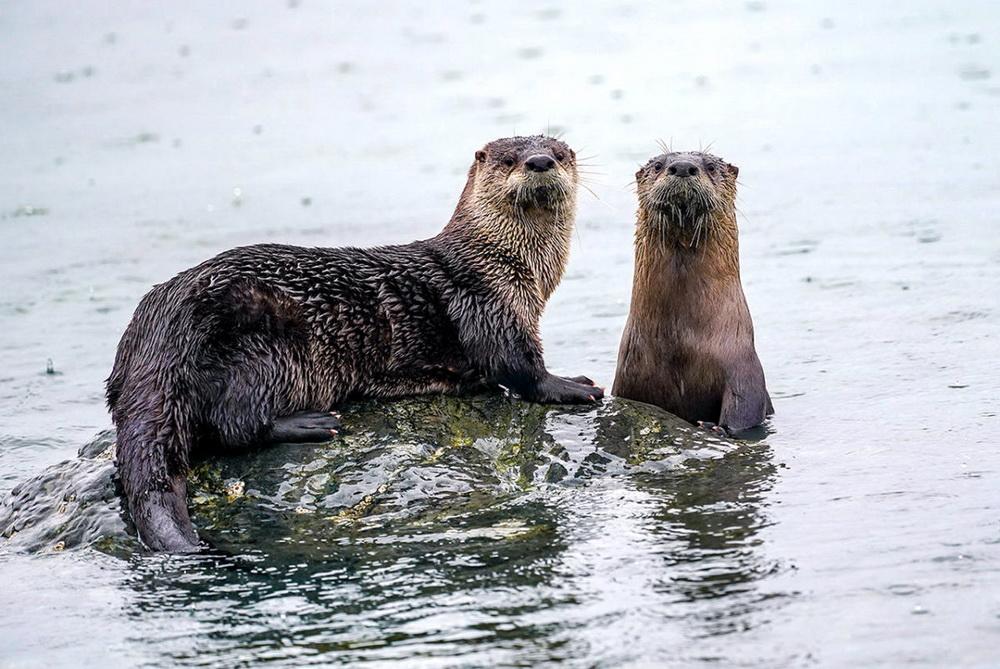 Excited reports of sea otters sighted on the Oregon coast most often turn out to be sightings of river otters instead.  Sea otters have been extinct in Oregon waters for more than a century, although once in a while one visits, presumably from Washington.  The Elakha Alliance, which is working toward restoration of sea otters to Oregon, is of course eager for sea otter sightings, and thus interested in making sure that people know the difference.  They have therefore invited Heide Island, a river otter expert, to provide an online presentation about these creatures on Monday, July 26, 6 p.m.  The event is free and open to all.

Dr. Island, a professor of Comparative Animal Behavior and Neuroscience at Pacific University and a senior research fellow at the Oregon Zoo, has spent many years researching river otters in the Pacific Northwest.  She will touch upon how rescued, captive river otters are informing the ecological and physiological wellness of native otter populations in the region.

Heide Island received her doctorate in Experimental Psychology with specializations in Comparative Animal Behavior and Behavioral Neuroscience at The University of Montana in 2003. She came to academics after working in the Alaskan commercial fishing industry alongside her father and as a research naturalist for Pacific Whale Foundation in Hawai’i. She has cultivated broad research interests which include: 1.) Behavioral ecology, especially related to optimal foraging and choice theory; 2.) Animal welfare, principally as it pertains to animal rehabilitation, conservation, and captivity wellness; and 3.) Comparative psychology of anxiety, depression, and boredom as its expressed among human and nonhuman animals.

She is also the principal investigator in a four-year longitudinal study of Whidbey Island’s North American river otters. Her interests concern the welfare of captive and wild otter populations found in the Pacific Northwest (both river and sea otters). Among rescued and captive populations, Dr. Island is interested in the development of social learning, outlets for natural foraging, and psychological welfare.

To register for this online event, go here.