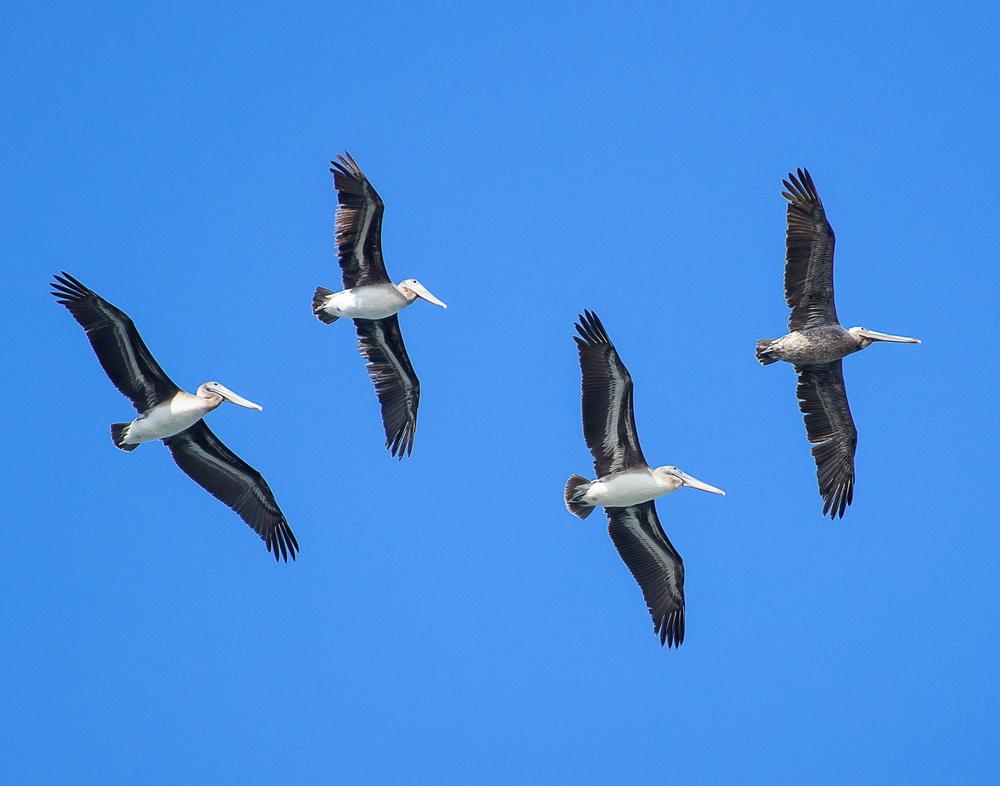 Wildlife biologist Deborah Jaques will speak on “Tracking the Brown Pelican” on Wednesday, March 15, beginning at 6 p.m. at the Seaside Public Library (1131 Broadway St.).  The event, free and open to the public, is sponsored by the North Coast Land Conservancy and Necanicum Watershed Council as part of their “Listening to the Land” speaker series.

Jaques, an independent biologist who is based in Astoria and has been observing pelicans since the 1980s, will explore the natural history of brown pelicans, from their breeding grounds off Mexico to their summer feeding grounds off our own coast.  She’ll share information about the birds’ migration patterns, informed in part by results from a recent electronic tracking study. She will discuss her work monitoring communal root sites and responding to events such as the oil spill off Santa Barbara in May, 2015, and she will highlight conservation concerns such as the importance of preserving key forage fish populations. Jaques will also display photos of her experiences with these birds, including images from a December trip to the heart of the breeding range in the Gulf of California, Mexico.