Panel on Human Impacts to Landscape 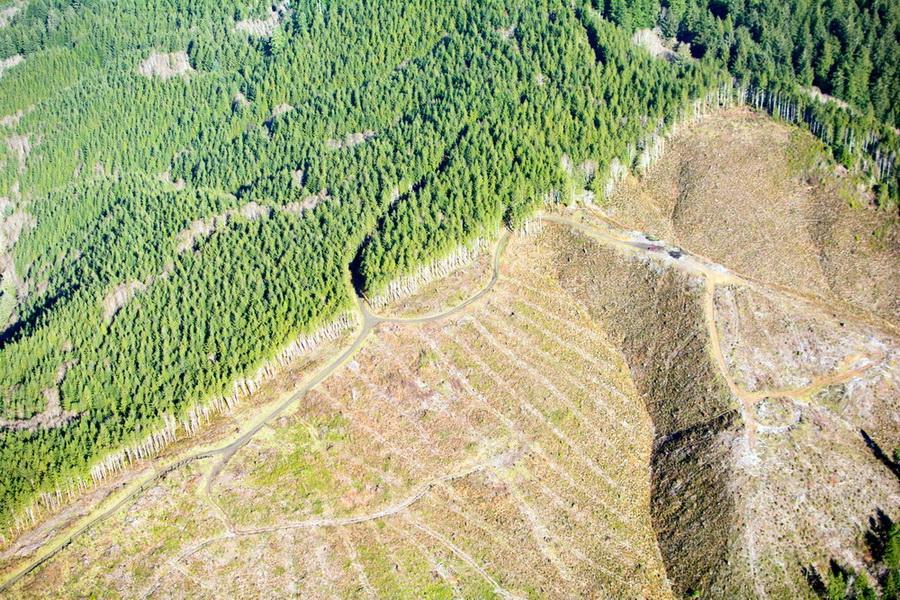 Clearcuts in the Siuslaw National Forest.\Photo by Alex Derr.

As part of our ongoing celebration of our 50th anniversary year, Oregon Shores offers a panel discussion on something truly fundamental to the coastal environment we work to protect—the ways in which human activities have shaped the landscape.  “Human Impact on Oregon Coastal Landscapes” will take place online on Thursday, Sept. 30, 6 p.m.  The event is free and open to all.

The moderator will be Ernie Niemi, president of  Natural Resource Economics, a consultancy in Eugene, and co-director of the Forest Carbon Coalition, a national organization that promotes climate-smart management of U.S. forests.

*Scott Burns, professor emeritus of geology from Portland State University, on “Forestry Practices, Landslides, and Sediments in the Streams.”  Focusing on the north coast, Dr. Bruns will discuss the forestry practices in the Oregon Coast Range that have many impacts on the slopes of the mountains and the sediment in the streams.  Most of those sediments make their way to our beaches—to get a full picture of the impacts, we must look at the total system.  He will discuss the overall impacts, especially landslides and sediment movement and their effects on fish populations.  Major changes in regulations in the last 25 years have led to some improvements reducing landslides and reducing sediments to the streams, so the news is not all bad.

*Paul Engelmeyer, manager of the Tenmile Creek Sanctuary for the Portland Audubon Society. chapter.  Speaking on “Coastal Conservation Issues and Species of Concern,” Engelmeyer will cover a range coastal issues and strategies, including protection and restoration of watersheds for the Endangered Species-listed coho salmon and the Marbled Murrelet, a seabird which nests in old-growth forests and thus depends on the health of the ocean as well as the quality of forest habitat.  He will also touch on water quality in coastal watersheds.  The presentation will include information about the Wetlands Conservancy parcels in Alsea Bay, Beaver Creek and Yaquina Bay, which Paul has managed, as well as the designated Globally Significant Central Coast Marbled Murrelet Important Bird Area (IBA), which extends over 100,000 acres from north of the Yachats basin to south of Heceta Head and includes Oregon's nearshore territorial sea.

“One hundred and seventy-five years have passed since June 15, 1846, when the United States and Great Britain signed the Oregon Treaty establishing the forty-ninth parallel as the boundary between Canada and the United States.  The event marked a watershed for indigenous people in coastal regions of the new Territory of Oregon in 1848 and following statehood in 1859.  The Euro-Americans who flocked to the Willamette Valley and the coast introduced a strikingly different cultural vision, treating the natural world as capital and obliging them to use that capital for self-advancement.  Slowly at first, and then accelerating with advances in technology, market-related values dramatically reshaped the ecology and landscapes of the coastal environment.  Early in that process, the government of the United States appropriated the Native land base and transferred to the private sector areas abounding in natural resources.

“To fully understand changes in the coastal environment from northern California through Vancouver Island, it is necessary to review the story of logging activity dating from the California gold rush of 1849-1850 to the close of the twentieth century.  Over that time, tributary streams that drained into the Pacific Ocean underwent ecological makeovers.  Every Oregon coastal stream, from the Chetco north to the Nehalem and Columbia basins, experienced heavy timber harvesting for more than a century.  With the advent of logging roads and other technical advances, the consequences were dramatic increases in landslides and a corresponding buildup of siltation in streams.  There was more—eroded hillsides, increased streamflow during heavy precipitation, loss of habitat and species, the introduction of invasive species, exposed and warming waterways, and turning cutover areas into plantation forestry.  The presentation will review that transformation.”

To register for this event, go here:  https://us06web.zoom.us/webinar/register/WN_B1zRSMrZT9KaLBXWQMZoHQ