When
August 12, 2022 - 10:00 AM
Where
Online
Sponsors
Department of Land Conservation and Development
Cost
Free--public meeting 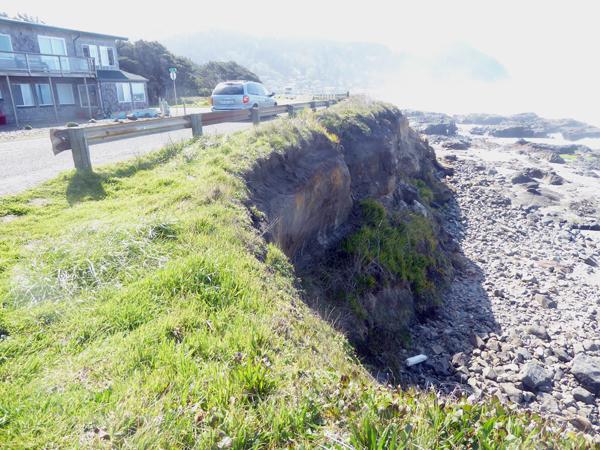 Erosion threatens an ocean-facing road in Yachats.\Photo by Susan Mackinnon.

The advisory committee was formed to consider changes in the state’s land use regulations (statewide planning Goal 18) concerning the ocean shore.  A gap in the regulations as originally written means that installing shoreline armoring to protect roads, including Highway 101, doesn’t have official sanction.  The Department of Land Conservation and Development intends to draft a new rule allowing protection of Highway 101 and state and county roads.  Local governments would be enabled to take an “exception” to Goal 18 to allow armoring of road infrastructure.

While not opposing protection for Highway 101 and other existing public roads, conservationists are concerned that the proposed new regulations don’t open the door to more development.  Oregon Shores and other conservation groups have urged that mitigation be required when portions of the public beach are taken for highway armoring, and we have been disappointed to date that no such mitigation has been included in the draft regulations that have been proposed.

For more information, and to learn how to comment, go here.

Written comments can be sent to [email protected].