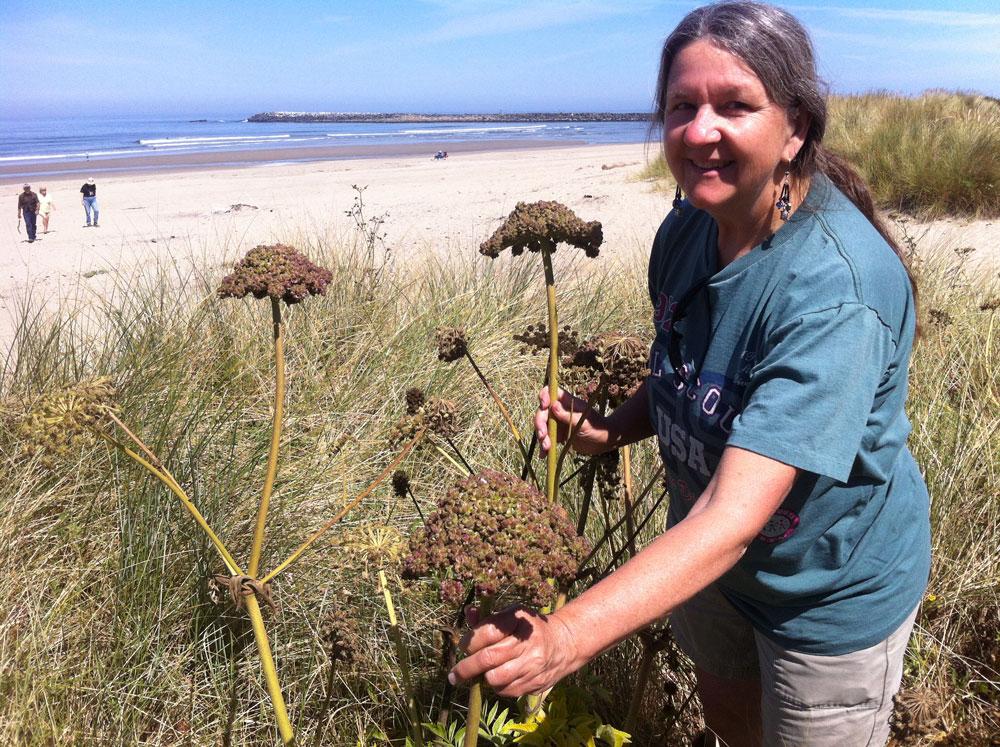 CoastWatch Volunteer Coordinator Fawn Custer.
Fawn Custer, our CoastWatch volunteer coordinator, will be wrapping up the year with two citizen science training sessions. The first of these is coming up Tuesday, December 15, at the Newport Public Library (35 NW Nye St.), from 6-7 p.m., or as long thereafter as you wish to ask questions. The second takes place the next day, Wednesday, December 16, 6-7 p.m. at Driftwood Public Library, Lincoln City (801 S.E. Hwy 101).

On each evening Fawn will show the documentary film It’s Everybody’s Ocean by Atsuko Quirk, which tells the story of the 750 residents of Ikema, a tiny outpost of Japan’s Miyako Islands, and their heroic struggles to combat the huge quantities of marine debris that wash up on their island.

She will then discuss the marine debris survey that CoastWatch conducts on behalf of the Oregon Marine Debris Team, of which we are a partner.  CoastWatch organizes teams of citizen scientists to gather formal scientific data about the quantity and types of marine debris arriving on Oregon’s shores. She will also provide an update on tsunami debris.

The remainder of the evening will be devoted to CoastWatch’s other citizen science projects, including sea star population studies, marine mammal and beached bird surveys, and the King Tide photo project. Fawn will also be glad to address questions about any aspect of CoastWatch, or about objects found on the beach.