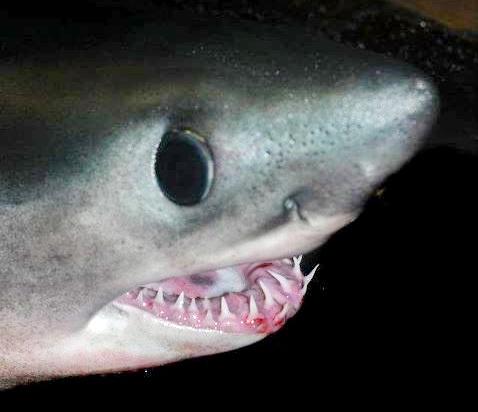 The Friends of Haystack Rock continues its Haystack Rock Library Lecture Series online until it’s safe to go back to the library up again.  Up next, the ever-intriguing subject of sharks.  Taylor Chapple, an assistant professor in Oregon State University’s Department of Fisheries and Wildlife, speaks on “The Science of Sharks: Meeting the Predator Next Door,” on Wednesday, Feb. 9, at 7 p.m.  The event is free and open to all.

Dr. Taylor Chapple first began studying sharks off the coasts of Florida and throughout the Gulf of Mexico with the Florida Museum of Natural History at the University of Florida. He Chapple received his PhD in 2009 from the University of California, Davis, developing ways to estimate and assess shark species with little data. At Davis his work focused on the Common Thresher shark and the White shark. In 2010, Dr. Chapple began a Postdoctoral Research appointment with the Max Planck Institute in Germany, researching the energetics and behavior of highly nomadic marine species. He also studied how sharks navigate by developing a magnetic tag, which can manipulate the ambient magnetic field around a free-swimming animal. Now at OSU, he develops and deploys cutting edge technologies to understand these enigmatic animals.

His description of his talk:

“Have you ever wondered what species of sharks are swimming in the waters off Oregon or how much a White Shark has to eat to fill its belly? Did you know that Salmon Sharks, a cousin to White Sharks, swim down from Alaska to exploit our salmon runs? And that Broadnose Sevengill Sharks can hunt cooperatively to capture seals?

In the Big Fish Lab at Oregon State University, we study the movements, behaviors, and energetics of large marine fish - notably sharks, mantas and tunas. Using a mix of electronic tags and hands-on field experiments, we work to gain insights into where they go, when they go, and why they go. We specialize in biologging tags, which allow us to hitch a ride with these animals and get a sneak-peak into their lives through a suite of sensors and cameras. By understanding these big fish and their role in our marine systems, we can better protect and manage our coastal ecosystems and resources.”

To attend this lecture, go to Facebook Live @Friends of Haystack Rock.