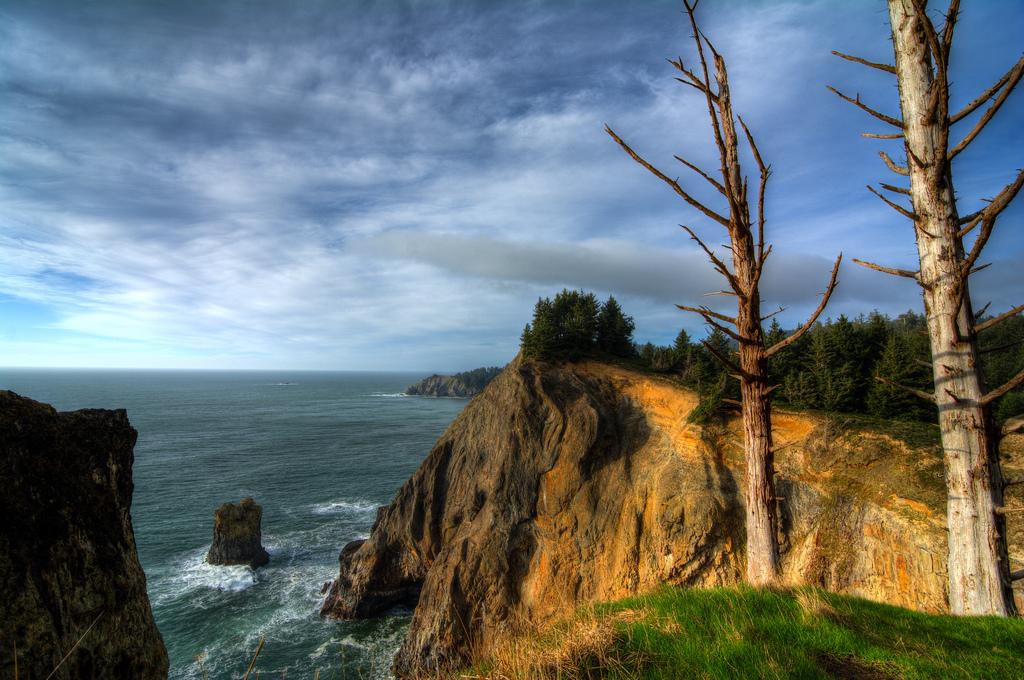 Cape Falcon, looking toward the new marine reserve. Photo by Alex Derr.
New Year’s Day marked both a completion and a new beginning for Oregon's network of five marine reserves.  On Jan.1, the Cape Falcon Marine Reserve became fully operative, closed to resource extraction. Up till now, while the reserve was designated, it was in a phase dedicated to baseline studies and drafting a management plan.  It has now joined the four other marine reserves in protecting key marine habitats in Oregon's nearshore ocean (Cascade Head, Otter Rock, Cape Perpetua and Redfish Rocks, north to south). It is thus a new beginning for the Cape Falcon reserve, and the completion of the process for creating these first five reserves. It is an important day for Oregon Shores, which has been campaigning for marine reserves since 2000.

Friends of Cape Falcon Marine Reserve are throwing a Kick-Off Party for the reserve on Saturday, January 30, 4:30 – 8:00 p.m. at the Cannon Beach Community Hall, 207 N. Spruce St. Join the Friends in celebrating ocean conservation with live music (Two Crows Joy), free food and drink, information about the marine reserve, and family-friendly activities. Everyone is invited to this free event. For more information, contact coordinator Chrissy Smith at [email protected].