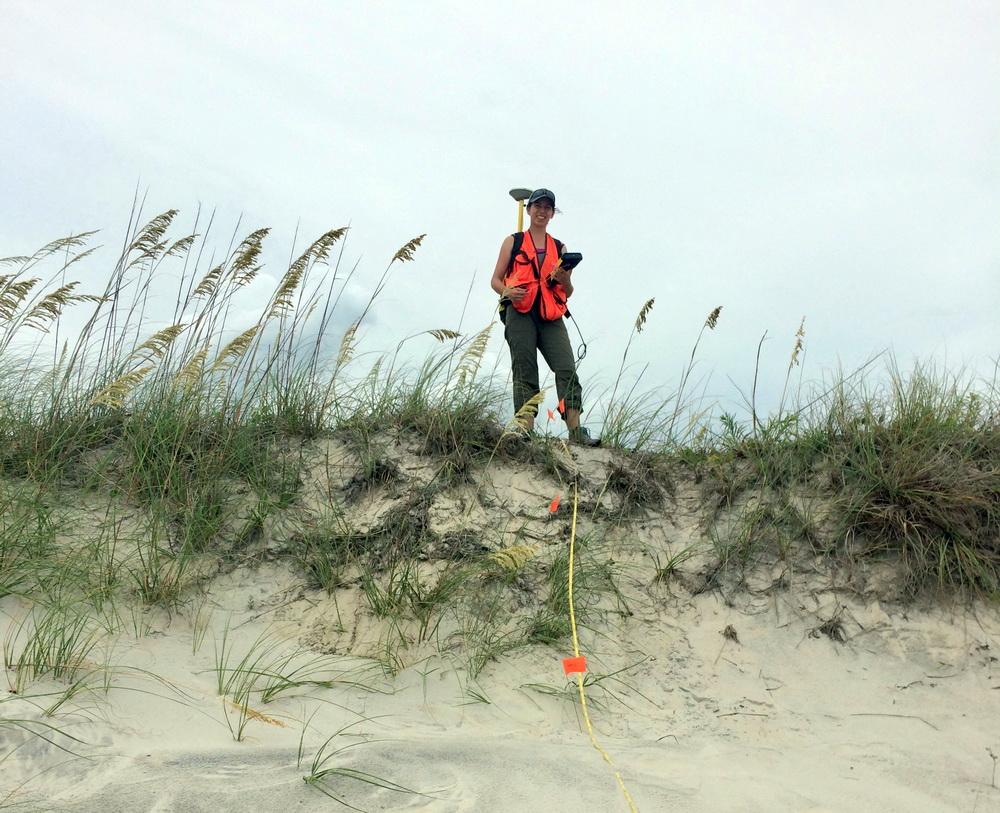 The Cape Perpetua Collaborative’s Fall Speaker Series is taking place online this year.  Next up is Rebecca Mostow, presenting “A New Kid on the Dune:  The Unlikely Hybridization Between Two Non-Native Beachgrass Species in the Pacific Northwest.”  Her talk takes place at 10 a.m. on Saturday, Nov. 14.

Much of the terrain of the Oregon coast we see today has been shaped by two dominant, invasive beachgrass species.  They build the tall, stable dunes that parallel sandy beaches, providing some protection for infrastructure but causing the decline of native animal and plant species.  A team from Oregon State University recently discovered a hybrid beachgrass formed between these two invasive and closely related beachgrass species.  The extent of the spread of this hybrid and how it may affect the coastal landscape, is not yet known.  A citizen science survey is being launched to trace the hybrid, which CoastWatch is helping to organize.

Rebecca Mostow is a PhD candidate at Oregon State University.  She will tell the story of how this unexpected discovery was made, discuss the potential ecosystem effects of the hybrid grass, and explain how you can help discover new hybrids and expand our understanding of this unlikely event as a participant in the citizen science survey.

Rebecca Mostow, who is organizing the survey for the hybrid, is a National Science Foundation Graduate Fellow at OSU, where she studies the ecology and population genetics of invasive grasses in coastal dunes. Her research on a novel hybrid zone between the non-native beachgrasses Ammophila arenaria and A. breviligulata has earned her awards and funding from the National Science Foundation, the Washington Native Plant Society, and the Society for Integrative and Comparative Biology. She received a B.A. in Biology from Oberlin College in 2013 where she completed a senior project on desert plant systematics. Before starting her graduate degree, Rebecca conducted research and taught at Port Townsend Marine Science Center, Alaska Maritime National Wildlife Refuge, and the Bureau of Land Management Carson City District.