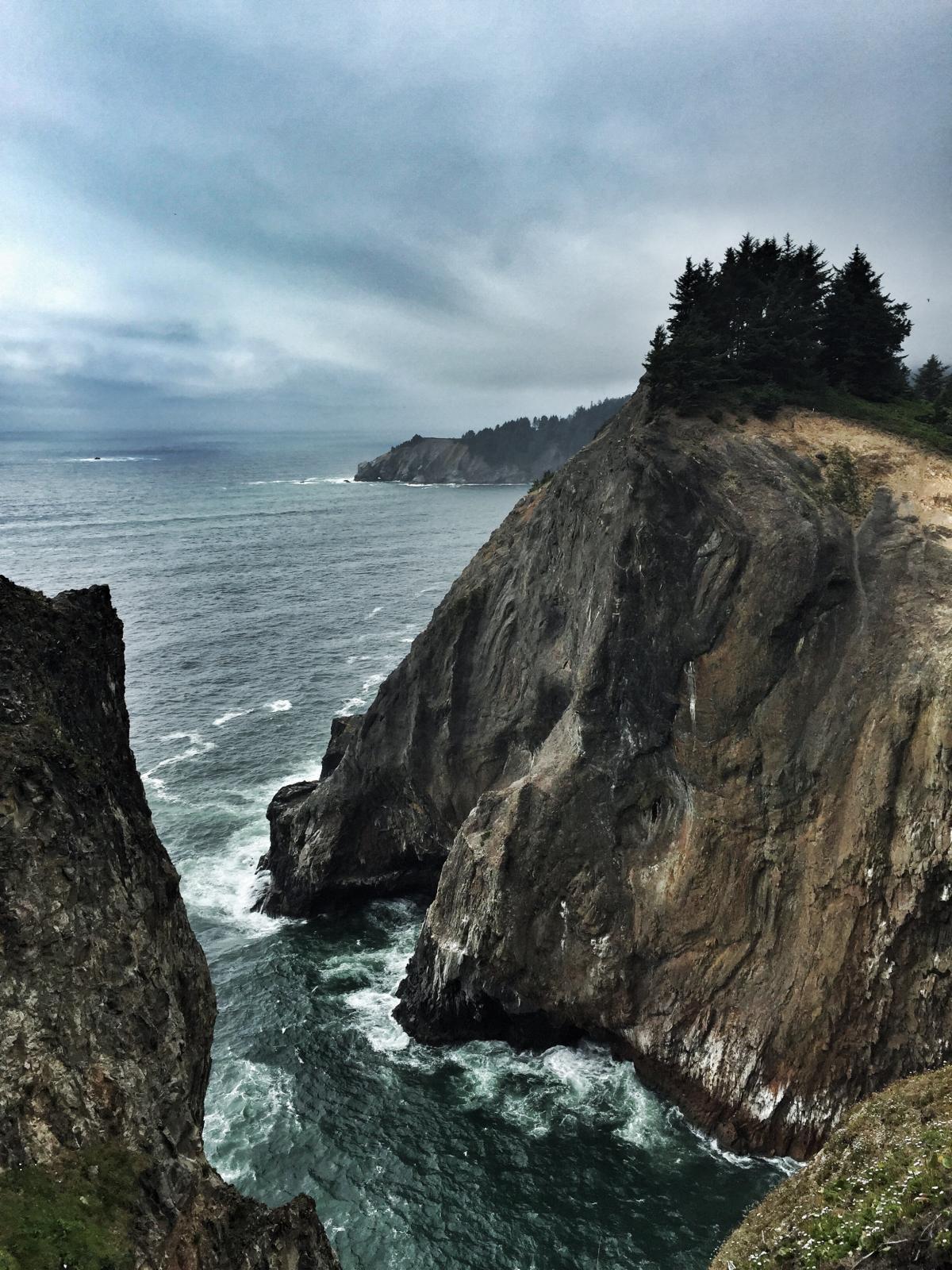 View from above of the Devil's Cauldron in Arch Cape, Oregon. | Photo by Jim Nix

With mountain summits rising above 3,000 feet as close as a mile from the shoreline, the region North Coast Land Conservancy (NCLC) calls the Coastal Edge, between Tillamook Head and Nehalem Bay, is an unusually compressed, biogeographically concentrated ecosystem, unlike that anywhere else on the Oregon Coast. Part of the Coastal Edge shoreline lies within Oswald West State Park, which is the gateway to Cape Falcon Marine Reserve, the newest of Oregon’s near-shore areas set aside to protect the ocean’s biological diversity. Join the North Coast Land Conservancy's Executive Director Katie Voelke with geologist Tom Horning on a walk to Devil’s Cauldron and Elk Flats, on the sea cliffs south of Cape Falcon in Oswald West State Park.

Katie Voelke grew up in Sacramento and earned a bachelor’s degree in biology at the University of California, Santa Cruz. She worked as a field biologist for the U.S. Forest Service and Bureau of Land Management and the Oregon Department of Fish and Wildlife before joining NCLC as its first stewardship director in 2005; three years later she became its second executive director.

Tom Horning grew up in Seaside and earned his master’s degree in geology at Oregon State University. He returned to Seaside in 1994 and opened Horning Geosciences, a geological consulting service. He joined the NCLC board of in 1996 and has been actively involved with the land conservancy ever since.

Hike info: They will take their time on the 0.5-mile hike to Devil’s Cauldron. This trail is rocky and uneven and very steep and muddy in places. No toilets at the trailhead. Please leave dogs at home.

What to bring: Water and snacks/lunch. Wear sturdy walking shoes and dress for the day’s weather. Binoculars are great to bring along for spotting wildlife.