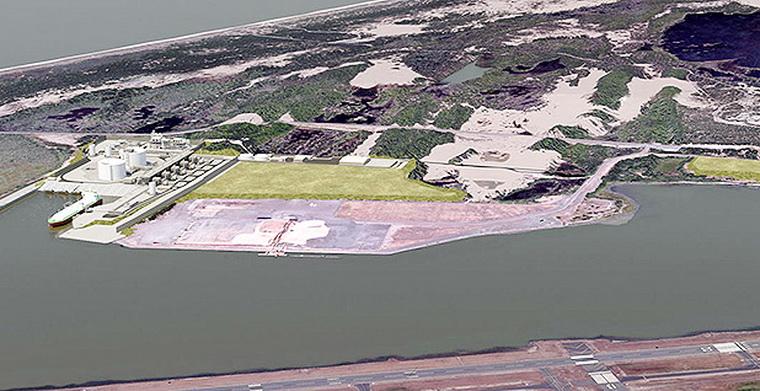 Oregon Shores has been engaged in a wide range of local land use issues relating to the proposed Jordan Cove LNG export terminal, which Canadian multinational corporation Pembina seeks to build on Coos Bay’s North Spit.  These issues involve the jurisdictions of Coos County, and the cities of Coos Bay and North Bend.  The Coos County commissioners will deliberate on what might be considered the core land use case in a session taking place on Tuesday, Dec. 17, beginning at 1:30 p.m. in the county’s Owen Building Large Conference Room (201 N. Adams in Coquille).

The “issue” (actually many issues) to be heard is what is informally known as “Omnibus II” (technically, HBCU-19-003 Jordan Cove Energy Project LLC).  This is the land use application for the site of the proposed LNG terminal itself.  The many permit applications that have been part of the Jordan Cove process are something of a three-ring circus, but this one is the center ring.

Omnibus II involves everything from “laydown areas” which will be affected during the construction, to a barge berth, shoreline stabilization, dredging, a wastewater pipeline, a concrete “batch plant” that will be part of the construction, to a helipad and fire station.  Oregon Shores believes that the proposal contained in the application violates the county’s land use plan and zoning regulations in many ways.

Note that new verbal testimony will not be taken at the hearing.  It may be possible to submit written comments—the county’s process is very unclear, and has changed more than once.  See the county notice to find out the latest.  http://www.co.coos.or.us/Departments/Planning/PlanningDepartment-Applications2019.aspx