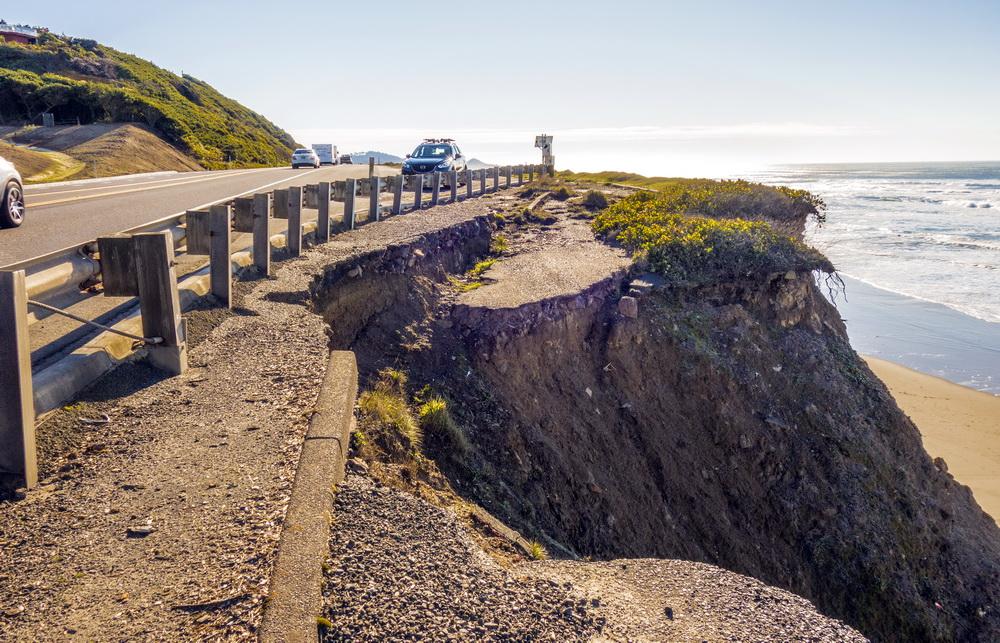 Highway 101 at Beverly Beach is an oceanfront road threatened by erosion.\Photo by Dennis White.

The Department of Land Conservation and Development (DLCD) has convened a special advisory committee to consider a peculiar but important problem—the state’s current land use regulations don’t allow for protecting coastal roads threatened by erosion.  Private property can be protected by shoreline armoring, if it was developed before 1977, but roads, needed by the public, were never included in the rules.

The Rulemaking Advisory Committee that has been organized will focus on adding new language to the land use goal exception process for these public roadways, creating the option to protect them through shoreline armoring.  It meets for the first time, online, on Wednesday, Dec. 8, at 2 p.m.

The purpose of the rule change being considered is very specific – to provide a clear option for public roads and highways (such as Highway 101) along the oceanfront to mitigate damage from coastal erosion through the use of shoreline armoring. The rule would allow for a local government goal exception process to accomplish this through a “reasons exception”. As proposed, a specific “reason” will be added to OAR 660-004-0022 (in Goal 2: Land Use Planning) for Statewide Planning Goal 18 (Beaches and Dunes) to include public highways and roads developed prior to January 1, 1977, as eligible for shoreline armoring.

Currently, under Goal 18, only certain types of development that existed as of January 1, 1977, are eligible to apply for shoreline armoring permits. 'Development' is defined as houses, commercial and industrial buildings, and vacant but improved subdivision lots. Under the current language, roads (such as Highway 101) are not eligible for shoreline armoring. Some sections of state Highway 101 are oceanfront and vulnerable to the hazard of coastal erosion. This highway, which was built in the 1960s, is an essential lifeline road that connects coastal communities and provides links to the rest of the state. In some cases, use of shoreline armoring for road protection may be warranted.