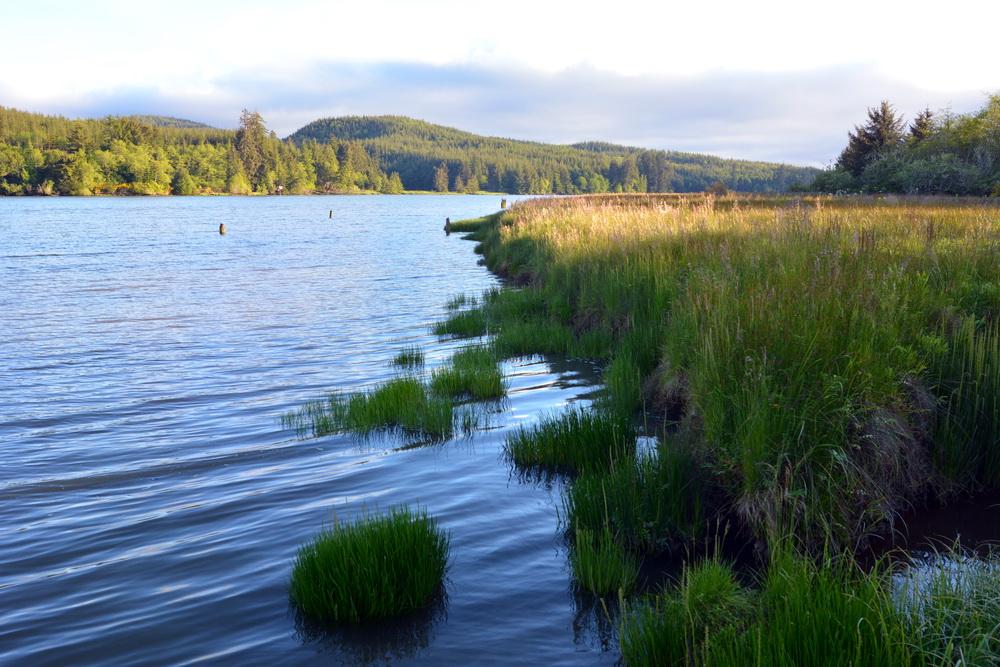 Marshes in the Yaquina estuary store carbon.\Photo by Bobby Hayden.

Bobby Hayden and Jazmin Dagostino of the Pew Charitable Foundation will be presenting.  Oregon recently positioned itself as a national and international leader on blue carbon when the Oregon Global Warming Commission adopted the first ever Natural and Working Lands Proposal that specifically recommended incorporating blue carbon into the state’s climate goals and strategies. Many people and groups in Oregon had asked the Commission to go big on blue carbon and the Pew Charitable Trusts played a key role in bringing scientists and data analysts together to inform the blue carbon elements of the proposal.

But what is blue carbon anyway? What did the Oregon Global Warming Commission just recommend? What does it mean? And what’s next?  This two-person lecture will address these questions.

In this talk, Hayden and Dagostino, both of whom are with the Pew Conserving Marine Life in the U.S. program, will start to address these questions, foster discussion about how to get involved, and tease out some emerging research to broaden the blue carbon conversation.

Bobby Hayden engages communities to conserve ocean and coastal resources on the U.S. West Coast. Before joining Pew, Hayden worked in community organizing and communications for more than a decade. As the a media manager with Climate Solutions, he worked to identify and engage new audiences for climate and clean energy campaigns throughout the Northwest. He also spent several years as the national representative for the Save Our Wild Salmon Coalition, mobilizing support to restore the Columbia-Snake River Basin, which has some of the world’s best habitat for sustaining wild and steelhead salmon.

Jazmin Dagostino works to leverage blue carbon accounting in state greenhouse gas inventories as a way to increase protections for coastal and marine habitats along the West and East coasts of the U.S. She grew up in both Veracruz, Mexico and Washington State in the U.S. Her passion for marine conservation led her to pursue a Bachelor of Science in marine biology degree at the University of Hawaiʻi, Manoa. While in Hawaiʻi, she gained experience in marine research of intertidal communities and squid through working for the Kewalo Basin Marine Laboratory and Our Project In Hawaiʻi’s Intertidal (OPIHI). She also volunteered as a marine educator for the Waikiki Aquarium where she communicated the importance of native and endemic biodiversity.