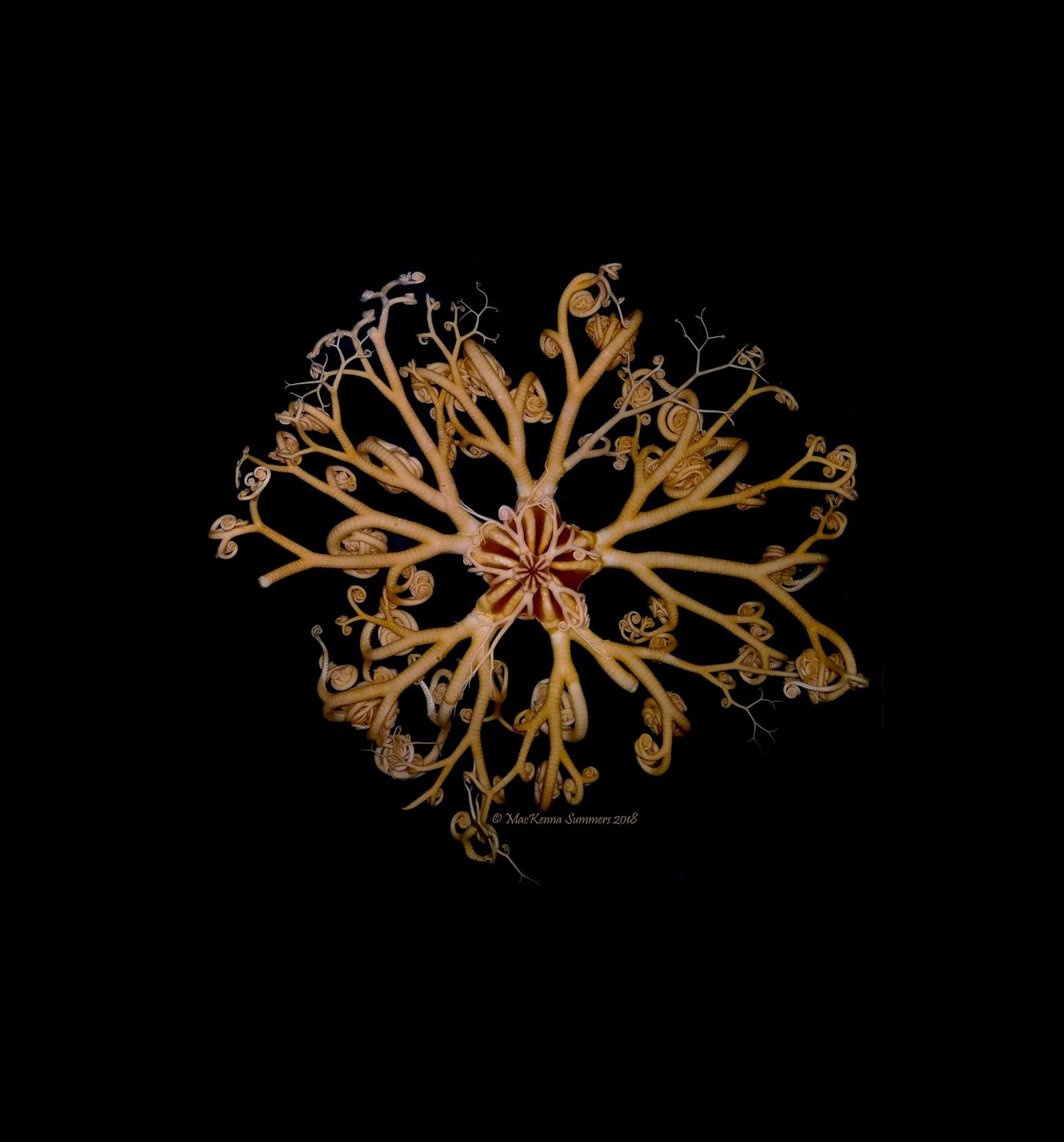 Ophiuroids, among which are the basket stars, are not only strange to most of us, but relatively little known to science as well.  MacKenna Hainey of the Oregon Institute of Marine Biology (OIMB) will make these creatures better known to her audience as she speaks on “Research on an Oregon Ophiuroid” in the next Hatfield Marine Science Center Research Seminar on Thursday, April 22, at 3:30 PM.  The online event is free and open to all.

Hainey is a recent graduate (MSc) from the University of Oregon (OIMB being the UO’s marine station) where she conducted research in marine biology, ecology, and invertebrate zoology. She now works at the UO's Charleston Marine Life Center as an educator/aquarist. Her current research interests include how larval and adult invertebrates cope with changes in their environments due to climate change, functional morphology, echinoderm behavior, subtidal-benthic and estuarine ecology, and green energy impacts on marine environments.

Her description of her talk:

“Ophiuroids are the largest class of Echinoderms, yet they remain largely understudied in terms of ecological importance and behavior. My research at the Oregon Institute of Marine Biology began by observing one peculiar behavior in the northern basket star (Gorgonocephalus eucnemis). I noticed the disc (main body) of the basket star would rhythmically rise and fall a few times an hour. There was little information in the literature regarding this behavior, other than its name – bursal ventilation—and some suggested functions. My research set out to uncover more information surrounding this behavior. I designed experiments to empirically test for specific functions such as respiration.  While describing the behavior of bursal ventilation, I found that there was no adequate anatomical description for the amazing structures making this behavior possible. So, I used a combination of functionality experiments, SEM imaging, and biological illustration to provide new anatomical descriptions of the anatomy responsible for the bursal ventilation movement.”

To join the live virtual presentation of this seminar, go here.