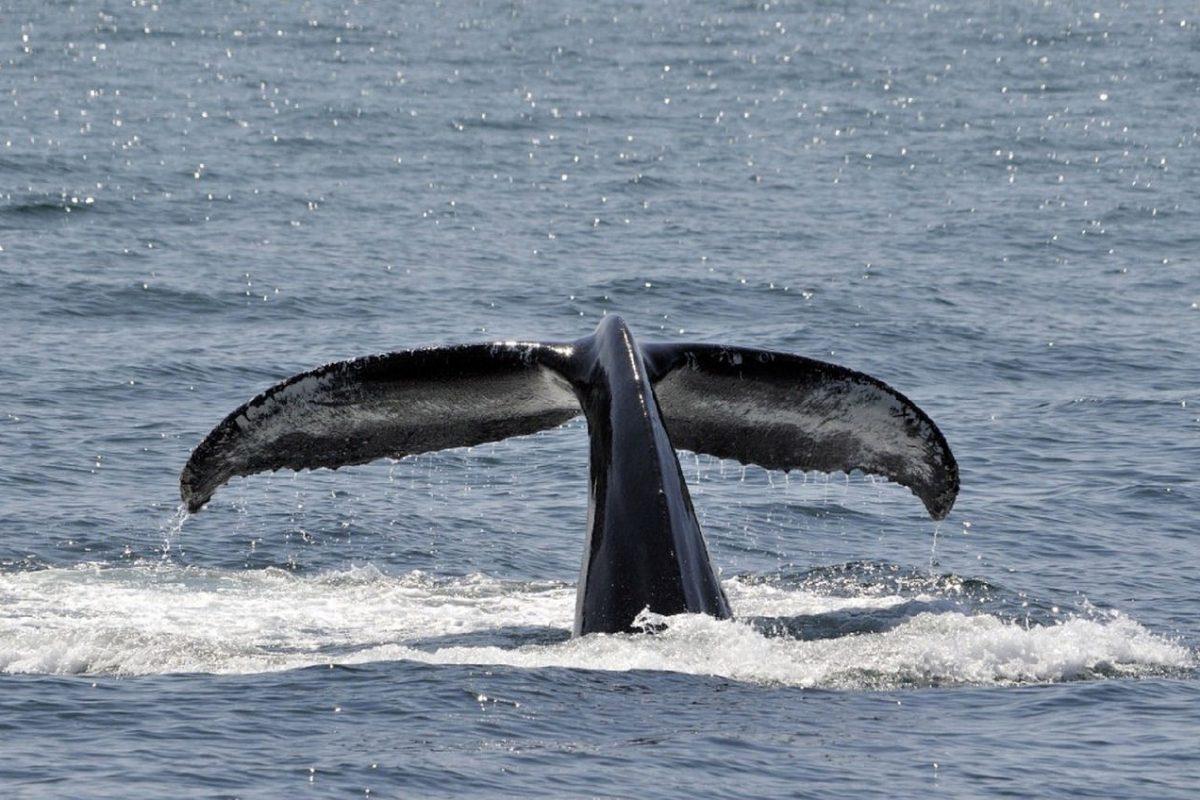 In October, the whales begin to leave their feeding grounds in the Bering and Chukchi Seas. They then proceed to swim south during the fall and winter months to their mating and calving lagoons in Baja California, Mexico. Their southward journey takes 2-3 months. The whales leave and return north during the late winter and spring (mid-February to early June).

Whales are visible from Oregon's shores all year long although some months are better than others. Many of the whales passing by are pregnant females, and males. In winter approximately 20,000 gray whales travel south to the warm lagoons of Baja Mexico. Mid-December through mid-January is the peak of whale migration past Oregon. You can spot gray whales and partake in whale watch counts along the Oregon Coast.

“We’ve already seen the first migrating gray whales in the past few days and we expect another excellent winter whale watching week,” said Luke Parsons, Whale Watching Center ranger. “Last winter our volunteers helped people see more than 1,600 gray whales plus a pod of orcas and some humpback whales spotted on the central coast. You never know what you’re going to see while you’re whale watching, but that’s half the fun.”

The winter migration typically lasts until mid-January. A map of the watch sites is available online. Camping, including yurts and cabins, is available at state parks along the coast. Go to Oregon State Parks to check availability and make a reservation.

Interestingly, not all gray whales migrate. About 200 gray whales, one percent of the population, do not migrate all the way to the high Arctic. The whales, called the Pacific Coast Feeding Group, range from Mexico to Alaska and often feed along the Oregon Coast in the summer. Carrie Newell, a marine biologist who teaches at Lane Community College, has studied that population and given dozens of the individuals names: Milky Way, Scarback, Lucky. Newell’s work was featured on Oregon Field Guide.

Intensive whaling drastically reduced gray whale numbers over the last three to four centuries. Grays were hunted to the edge of extinction in the 1850s after the discovery of the calving lagoons, and hunted again in the early 1900s with the introduction of floating whaling factories. The gray whale was given partial protection in 1937 and full protection in 1947 by the International Whaling Commission (IWC). Of the original three gray whale populations, one in the North Atlantic is extinct, one is critically endangered in the Western North Pacific (with as few as 150 individuals remaining), and one has recovered from very low levels in the Eastern North Pacific.

The Eastern North Pacific population of gray whales are what we witness off the Oregon coastline. Numbering more than 20,000 whales, this population is a great conservation success story and was removed from the United States Endangered Species List in 1994. Today they are subject to a small aboriginal hunt off the coast of the northwestern US.