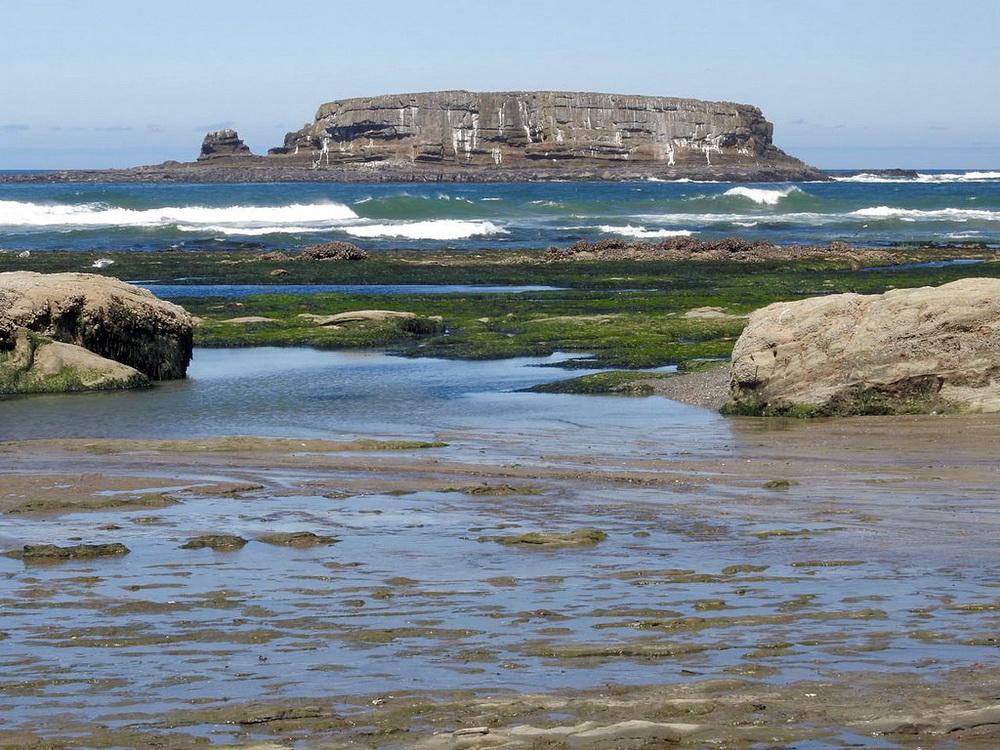 The boundaries of Oregon’s new system of five marine reserves are largely being honored, but there is a need for citizen observers to help keep things that way.  That was the chief message delivered by Sergeant Todd Thompson of the Oregon State Police’s marine fisheries unit at a public information session about marine reserves enforcement, held on September 21 in Lincoln City.  The event was co-sponsored by CoastWatch (and our Otter Rock Community Science Team) and the Coast Range Association on behalf of the Friends of Cascade Head Marine Reserve.

Many people have the notion that marine reserves are out over the horizon somewhere.  In reality, the reserves begin at the low-tide line (at extreme low tides you can walk into one!) and go out no further than three miles, which is well within sight, especially from any high vantage point.

According to Sergeant Thompson, since the inception of Oregon’s marine reserves, the majority of Oregon’s fishing fleet has respected the boundaries.  Todd reported that the few citations written so far were to out-of-state commercial fishermen and some recreational fishermen.  Otter Rock and Redfish Rocks (near Port Orford) were the first marine reserves, and in the beginning there were some citations.  Happily, there were no citations at all for these two reserves in 2014-2015, despite 670 patrol hours and 96 contacts from watchful citizens.

The Cascade Head and Cape Perpetua reserves came on line in 2014; even with over 580 patrol hours and 110 contacts they only found 38 cases of fishermen who were not in compliance.  Due to the fact that Cape Falcon wasn’t established until 2016, the State Police have no data for that reserve at this time. 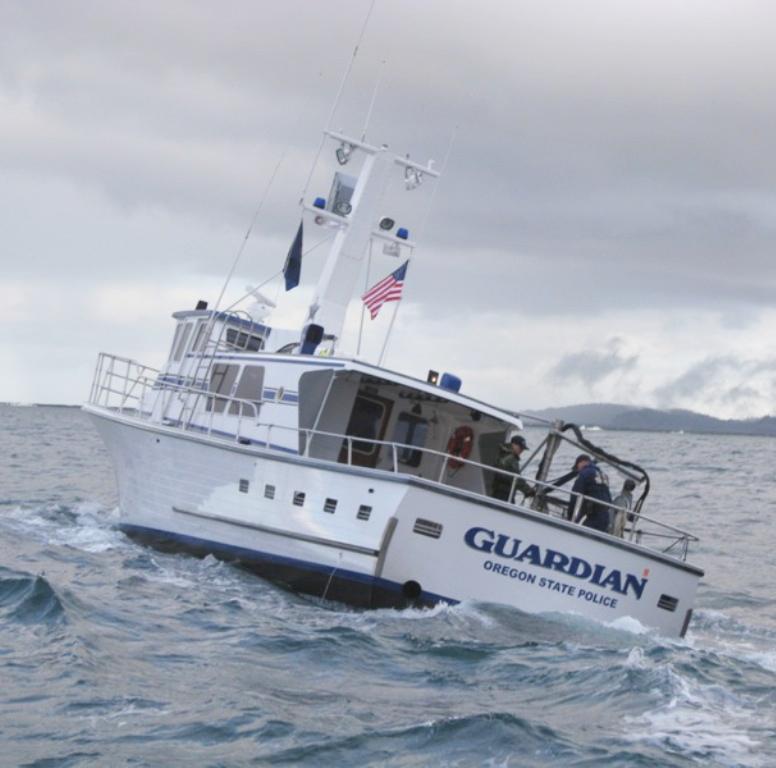 The Oregon State Police marine fisheries unit has only one vessel, "Guardian," that carries a zodiac.  Having only the one vessel makes it challenging to cover the entire coastline, especially in rough waters.  Though they do have a partnership with the Coast Guard, Sergeant Thompson depends on citizens on the beach to call whenever they believe they are observing someone fishing or crabbing in the marine reserves.  CoastWatchers and others who regularly watch the ocean in the vicinity of one of the marine reserves could be especially helpful by learning the location of the boundaries so as to make accurate observations (and not sound false alarms).