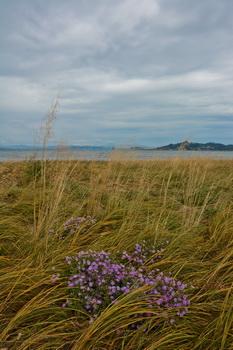 Opponents of the Oregon LNG proposed for a liquefied natural gas export facility near the mouth of the Columbia packed a hearing room for two straight evenings Sept. 2-3, urging the city of Warrenton to deny permits for the project.  Oregon Shores has been actively engaged in this opposition.  Working on our behalf through our Coastal Law Project, attorney Courtney Johnson of the Crag Law Center collaborated with Columbia Riverkeeper’s Lauren Goldberg to draft extensive comments making the case for denial of the permits.  In particular, Courtney contributed sections on public access to the estuary that could be blocked, natural hazard concerns and other shoreline issues.

LNG is a global issue, involving everything from fracking to interstate pipelines to global energy prices to public safety, not to mention the impacts of methane contributing to climate change, yet a land use decision by Warrenton could serve as a pinch-point for the entire project.

While LNG export raises a host of issues, the land use decision in Warrenton will involve strictly local impacts.  Oregon Shores and other opponents argue that the city should not grant Oregon LNG a “Hardship Variance” allowing the company to fill nearly 35 acres of high-quality wetlands designated in the city’s plan as “locally significant.”  Building the LNG terminal would also contradict the city plan’s goal of maintaining “the integrity of estuary and coastal waters.”

We also argue that the project if built would impinge on the public’s rights to use the Skipanon and Columbia rivers for fishing and recreational purposes.  The project would cut off public access, violating the city’s comprehensive plan.  The property contains many trails as well as a currently surveyed public right-of-way.  While loss of access may be dwarfed by the issue of global warming in the larger context, public access is a key planning concern on the coast, and one that Oregon Shores has battled over many times.  If these local stewardship issues provide the means to block a project that would do global harm, so much the better.

Clatsop County has already denied permits for the pipeline that would stretch across the county.  While Oregon LNG fights that decision, an adverse decision by the City of Warrenton could deal the project a fatal blow.

There is still time to get involved in Warrenton’s permit process.  Here is an outline of how to stay engaged from Lauren Goldberg of Columbia Riverkeeper:

Oregon Shores will be tracking these and other LNG developments—keep watch on this website.