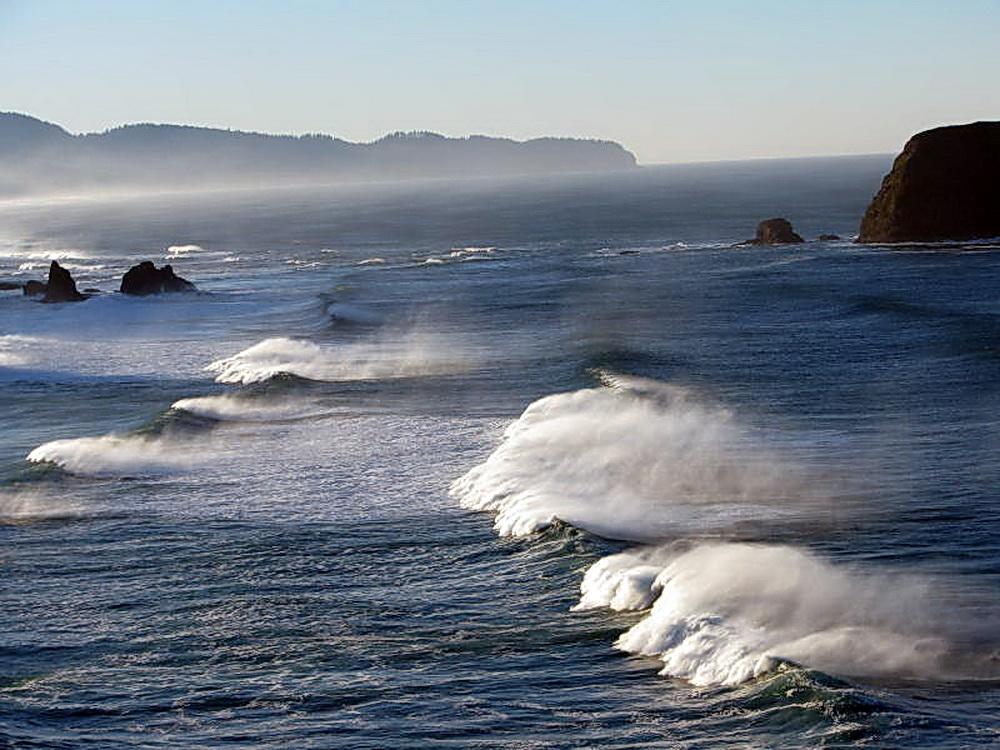 Oregon's ocean off Netarts, Cape Lookout in the background.\Photo by Dale Harmer.

Mandated by the 2017 Oregon Legislature, the state developed a plan to address the growing problem of ocean acidification and hypoxia (OAH).

The Oregon Coordinating Council on Ocean Acidification and Hypoxia (OAH), a body composed of scientists and agency leaders, with conservation and fishing industry representatives created in accordance with the legislature’s directive, sought public comment on the Oregon’s Ocean Acidification and Hypoxia Action Plan, before adopting it last year.  This OAH Action Plan was developed in recognition of the acidification and hypoxia impacts that we see today, in the hopes of minimizing the impacts for tomorrow, and altering the trajectory of ocean changes for future generations.

Oregon Shores submitted a critique of the draft as part of this process, supporting the basic framework that plan establishes by point to key areas where the “action plan” failed to address needed actions.  Here are Oregon Shores' comments.  As noted, while we applaud the overall direction of the plan, we do think certain areas could be addressed more vigorously.  The plan isn't static, so criticisms and new suggestions can be considered over time.

There is no law against citizens weighing in with ideas or critiques at any time.  Send personal comments to Council staff and leadership.

The plan breaks down into five key components, organizing actions to be undertaken over the next six years.  These include:

Oregon Shores’ comments noted areas where more vigorous action could be taken in the short-term.  These include supporting and expanding marine reserves, to aid in strengthening the resilience of marine ecosystems; regulating forest practices that contribute to poor water quality and ocean acidification; and opposing the Jordan Cove LNG facility proposed for Coos Bay, which would become the state’s largest carbon emissions source and thus contribute to climate change and ocean acidification.

The Action Plan will guide Oregon’s efforts and become Oregon’s submission to the International Alliance to Combat Ocean Acidification, and thus will be shared with the region and world.