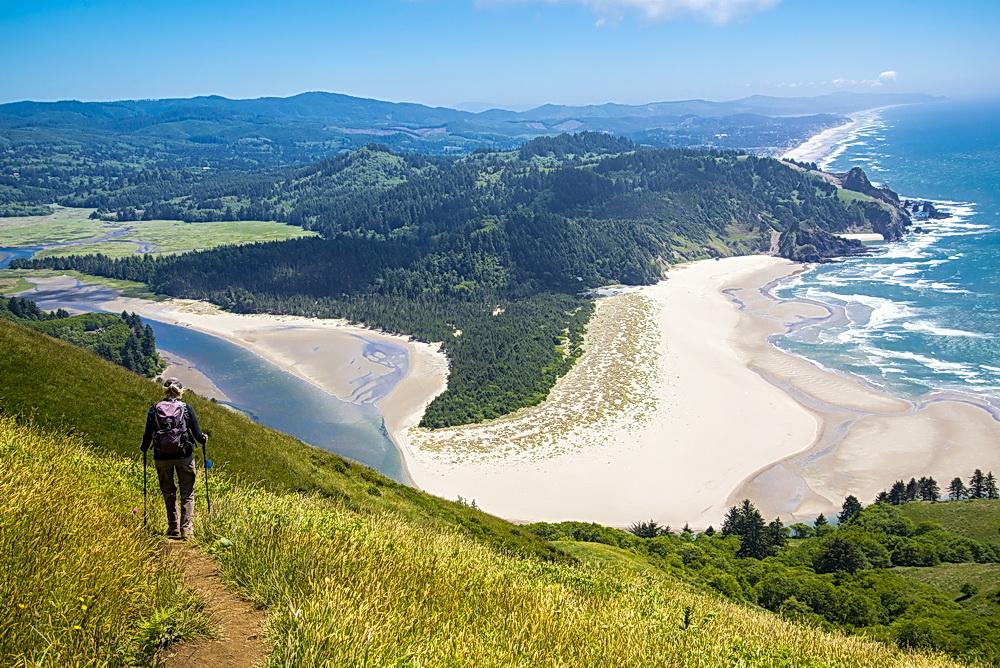 Since 1970, the Sitka Center for Art and Ecology, on Cascade Head near Otis, has served as a refuge for artists and conservation thinkers and an incubator for creative concepts.  The Center has just published a book, As Natural as the World Will Allow, authored by Sharon Overton, to celebrate that history.

The book is of particular interest to Oregon Shores because our CoastWatch program was born there, and is the subject of a chapter in the book.  Phillip Johnson, now our executive director but then a new Oregon Shores board member, enjoyed a residency there in 1993.  He was there to work on writings about estuaries, but put some of the quiet time for reflection to use in contemplating the problem that bedevils a regional conservation group for the coast:  how to link up the diverse and generally insular communities that bead our lengthy coastline so as to keep watch over the shore.

One day high atop Cascade Head, looking far down the coast, a sarcastic thought crossed his mind.  “To know what was going on along all 362 miles of Oregon coast, you’d have to have someone watching ever mile,” he thought to himself.  He then did a double-take.  Oregon Shores had more than 362 members—what if someone really did adopt each mile of shoreline and serve as its guardian?  CoastWatch was born, although of course the program has grown and changed in form since that initial flash of inspiration.  Indeed, the program grew so much that it could no longer be managed on a purely volunteer basis.  Johnson moved over from the board to become CoastWatch director, and continues to direct the program now that he has expanded his duties as executive director.

The story is told in the book.  In this Beach Bill anniversary year, it is good to be reminded of our own history.