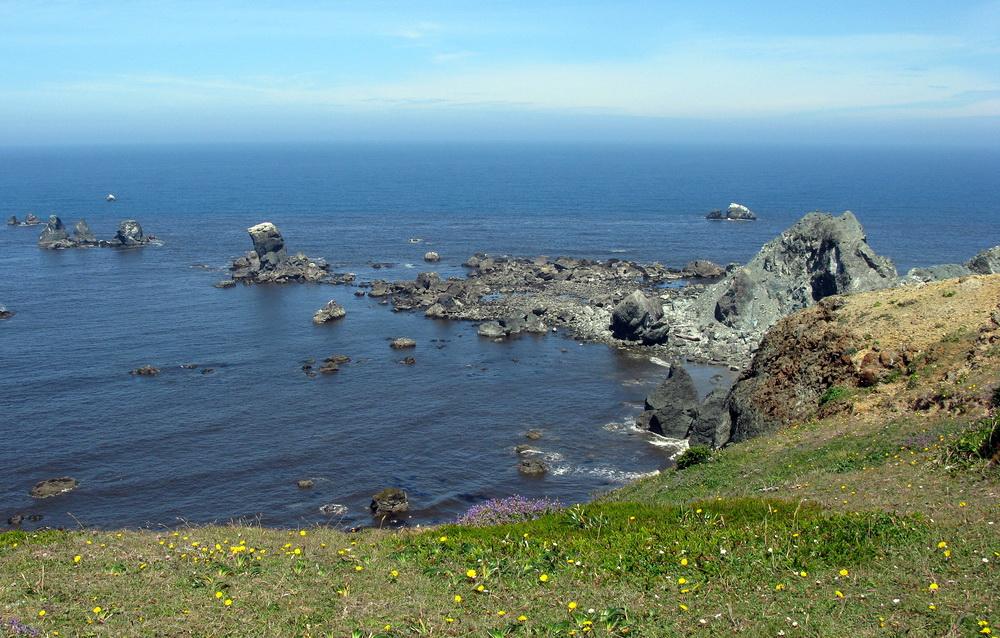 The state of Oregon is developing a new Rocky Habitat Management Strategy, the first revision of Oregon’s policy for protecting rocky intertidal and nearshore subtidal ecosystems since 1994. Oregon Shores has been actively engaged in this slow-moving process for more than four years.  The basic framework of the management strategy was approved more than a year ago. It was then up to the public to propose particular levels of protection for special sites, which is a key element in the strategy to protect these important resource areas. Many community groups and individuals did step forward with proposals for site designation.

The next step in consideration of proposals put forth by the public, including Oregon Shores, is coming up at the next meeting of the Ocean Policy Advisory Council (OPAC), taking place on Friday, Dec. 9. OPAC will make decisions on six sites proposed for site designations: Ecola Point, Chapman Point, Cape Lookout, Fogarty Creek, Cape Foulweather, and Blacklock Point.  (Two other sites, at Cape Blanco and Coquille Point, were previously approved.)

Oregon Shores has been involved throughout this long campaign for improved protection of our rocky intertidal areas and offshore rocks. CoastWatch Volunteer Coordinator Jesse Jones has assisted citizens involved in a number of proposals, particularly those at Blacklock Point, Chapman Point, and Ecola Point. Board member Larry Basch played a key leadership role in the Blacklock Point proposal.

Oregon’s headlands, tidepools, rocky beaches, cliffs, and offshore rocks (collectively about 41% of the state’s 362-mile shoreline) are managed by multiple state and federal agencies using a coordinated framework, known as the Territorial Sea Plan (which comes under Goal 19 of the state’s land use planning program). The Rocky Habitat Management Strategy, which is now Part 3 of this plan, is intended to help sustain and support the use and health of rocky habitat resources.

In a highly unusual process, it was left to citizens and community groups to seek "site designations," which required filing detailed proposals, demanding a good deal of information and expertise, and also required evidence of broad-based outreach and community outreach.  Despite this challenging process, by the end of 2020, 12 sites had been proposed by citizens or groups.  Among these, Oregon Shores worked with other groups and allies on eight.  Those proposals that pass muster with the state’s Ocean Policy Advisory Council (OPAC) and Land Conservation and Development Commission will become part of the management strategy when it is formally adopted.  The Rocky Habitat Working Group of OPAC held a series of meetings last year during which the proposals were reviewed. The proposals were reviewed and OPAC favored two sites, at Coquille Point in Coos County and Cape Blanco in Curry County, recommending protective designations.

Six other proposals are still alive and in  “continuing consultation.” These are the ones to be considered at the upcoming OPAC meeting. These sites include Ecola Point and Chapman Point in Clatsop County, Blacklock Point in Curry, Cape Lookout in Tillamook, and Fogarty Creek and Cape Foulweather in Lincoln. The Department of Land Conservation and Development (DLCD) and the Oregon Coastal Management Program staff staff hosted public consultation workshops in April, 2022 between the agencies and the proposers. Proposal authors presented their proposals during the workshops to resolve considerations identified in the process. Public comment took place during the workshops.

Considerations overlap for some proposals and a therefore a coalition in which Oregon Shores is active formed to share responses and address agency concerns. For some of these proposals, local groups are meeting regularly to discuss the considerations in preparation for the workshops. These core teams welcome engagement from the public, especially those who live and/or work near the proposed sites. Stakeholder outreach and subsequent conversations continue to be a key aspect of this work. Oregon Shores staff is working closely with three of these sites: Chapman Point, proposed as a Marine Education Area (MEA), Ecola Point, proposed as a Marine Conservation Area (MCA) and Blacklock Point, also proposed as a Marine Conservation Area.

For more detail on the sites under consideration, see this article.

In 2021, DLCD took significant steps to increase collaborative engagement with the public to improve the rocky habitat process, thanks to work done by a coalition including Portland Audubon, Audubon Society of Lincoln City, Partnership for Interdisciplinary Study of Coastal Oceans (PISCO), and Shoreline Education for Awareness (SEA), along with Oregon Shores. Many of the recommendations regarding the rocky habitat evaluation process were incorporated within the Rocky Habitat Management Strategy document that was adopted in 2022. The current site designation process is a product of that strategy.

Oregon Shores pursued rocky shore habitat protections in two ways.  We took a leadership role in building community support and drafting proposals for some key sites.  And through CoastWatch, we offered information and support to anyone interested in developing a proposal for a particular site.

The two sites where we were the lead applicant were Blacklock Point and Crook Point, both in Curry County, for which we sought the most protective Marine Conservation status.  Blacklock Point is one of the sites in "continuing consultation."  Crook Point was turned down; this is one of the most important rocky intertidal and subtidal habitat areas on the Oregon coast, so we will try again for a protective designation in the next round of the proces.  We are actively supported PISCO (Partnership for Interdisciplinary Studies of Coastal Oceans), a research consortium based at Oregon State University, in proposing Marine Research Reserve designation for Cape Blanco, also in Curry County. We also participated in the North Coast Rocky Habitat Coalition, proposing protection for Ecola Point and Chapman Point, just north of Cannon Beach.  We support proposals by other groups elsewhere on the coast.

Some deeper background:  Four years ago, Oregon Shores successfully urged the state’s Ocean Policy Advisory Council (OPAC) to begin a review of Oregon’s policies protecting rocky intertidal habitat on the coast.  As we argued, these policies hadn’t been reviewed since the 1990s, and the plan that had been adopted then had never been completely implemented.  OPAC agreed, and a working group was formed.  It has been a long process, with many steps (in which Oregon Shores has participated all the way), but a penultimate draft of a new Rocky Habitat Management Strategy is now on the table.  The Rocky Habitat Working Group of OPAC considered comments made by the public (including Oregon Shores) and then approved a final draft.  And finally, on May 6 of 2020, OPAC adopted the basic plan framework.  On June 1, the final phase, site desigation based on proposals from the public, was launched, and ran through December.

The Rocky Habitat Working Group considered the citizen-based proposals, and their recommendations were then considered by OPAC.  The state's Land Conservation and Development Commission will ultimately review the plan together with those site designations approved by OPAC. When LCDC formally adopts the strategy, this years-long effort to update the state's management of rocky marine resources will finally be complete.  (Complete, but not set in stone.  The strategy contains an open-ended provision that the public can propose new site designations at any time, although there will be a hiatus after the plan is adopted before new proposals will be considered.)