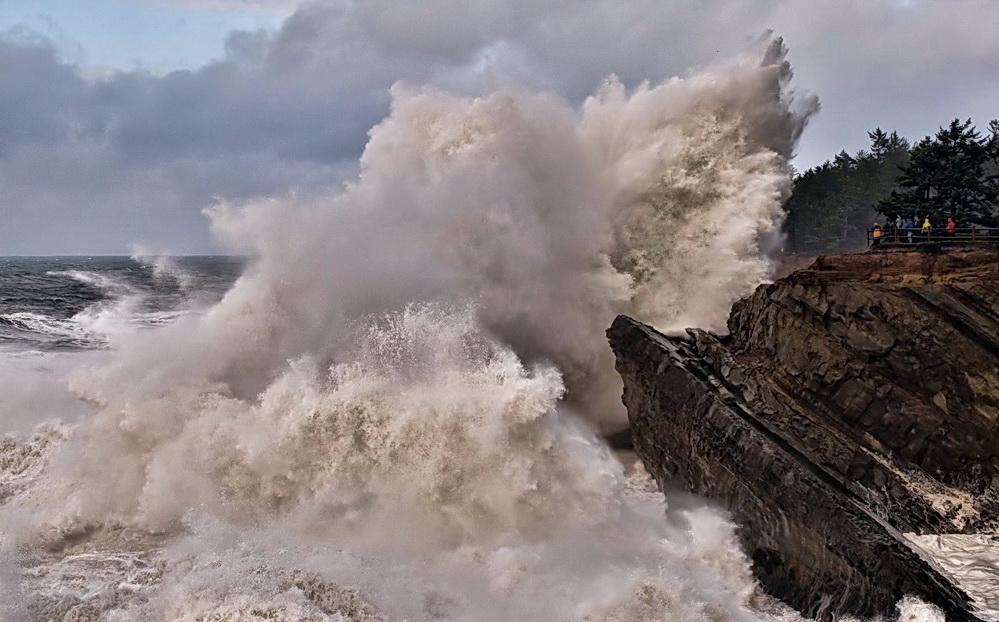 Rising seas are only one result of climate change. Photo by Bruce Swenson.

One possible impact of climate change in the Pacific Northwest, indirect but important, could be increased population due to “climate refugees.”  Most projections of future climate change suggest that our region will be less dramatically impacted than many, leading to speculation that there could be a major influx of people abandoning other areas, particularly the Southwest, as they become less habitable due to drought, extreme heat, water shortages, and fires, and moving here.  But to date, it is no more than speculation.

On June 24, 2016, Portland State University’s College of Urban and Public Affairs and the University of Washington Climate Impacts Group convened a symposium called “Winds of Change?  Exploring Climate Change-driven Migration and Related Impacts in the Pacific Northwest.”  Experts in climate science, population dynamics, and public sector management for a symposium designed to explore the question of climate change-driven migration to the Pacific Northwest and its implications for long-range planning. Participants for the morning and afternoon sessions included public sector professionals, demographers, researchers, and interested members of the public and private sector, including Oregon Shores Executive Director Phillip Johnson.  This is the first such event devoted to the study of climate migration in the Northwest, and probably the nation.

The outcome of that symposium is now available to the public on the Winds of Change website.
Through the site you can link to a summary of the results, and to videos of the plenary session talks or PDFs of the transcripts.  It would be fair to say that the symposium did not reach any dramatic conclusions—this was the beginning of a conversation—and speakers had differing ideas about how serious a threat climate migration is likely to be.  However, the talks and the summary provide a great deal of background for beginning to consider this challenge, and the website also points toward other sources.