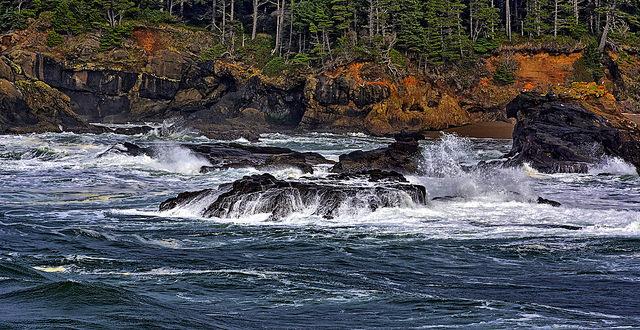 The new Rocky Shores Working Group met several times in 2016.  No new meetings are currently scheduled as the four major state agencies on the working group, Department of Fish and Wildlife (ODFW), Oregon Parks and Recreation Department (OPRD), Department of State Lands (DSL), and Department of Land Conservation and Development (DLCD) digest the group’s work to date and develop options for the entire group to consider recommending to OPAC.  Progress has been slow due in part to funding issues; resource agency budgets are tight as the Oregon Legislature struggles with funding issues.  However, Oregon Shores continues to engage with the process, checking in with the relevant state agencies while working behind the scenes to develop a comprehensive policy proposal to present to OPAC and other decision-makers.

The initiative is also being considered on the land use side of the equation (since rocky shores fall within the territory of Statewide Planning Goal #19, which concerns Oregon’s Territorial Sea). The Oregon Land Conservation and Development Commission (LCDC) also has the issue under review. LCDC is authorized by state law to approve both the initial adoption of and subsequent amendments to the Territorial Sea Plan but can only do so after first receiving a recommendation for amendment from OPAC, which is what the working group headed by Robin Hartmann will be determining. Oregon Shores will work on both sides of the equation as consideration of an updated policy goes forward.

The original plan contained specific recommendations for managing each of 87 rocky shore areas along Oregon's shoreline; some were implemented by the Oregon Department of Fish and Wildlife and the Oregon Parks and Recreation Department, but most were not.  Oregon Shores has been concerned ever since that our rocky shore habitats were not receiving sufficient scrutiny or protection, and has made updating and strengthening the Rocky Shores Strategy a priority for 2016.  We will actively engage with OPAC’s review of current management levels, and advocate for better protection.

For more on the history of this issue, see the background briefing prepared by Oregon Shores board member Bob Bailey.