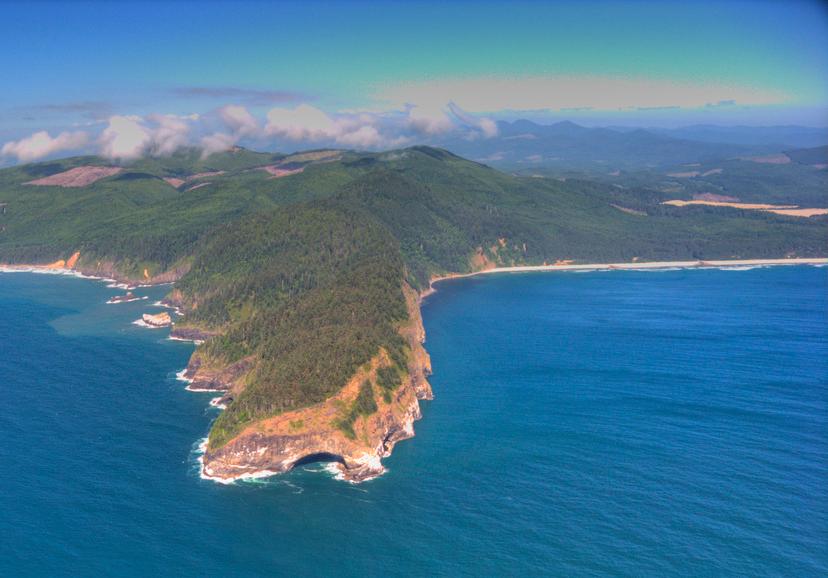 In December 2015 the Oregon Shores board voted to oppose the proposed development of a golf course on land owned by the Boy Scouts of America just south of Cape Lookout in Tillamook County.  The Scouts’ Cascade Pacific Council is considering a scheme to lease 200 acres of forested land bordering the shoreline to golf entrepreneur Mike Keiser.  Exact details of the plan have not been disclosed, and no lease agreement has been signed, but it is clear that the Council’s leadership has been orchestrating the plan with Keiser and intends to go forward unless there is sufficient public outcry. We have issued a statement voicing our position that allowing such a development would be poor land stewardship and a violation of Scouting principles.

The Boy Scouts own 800 acres of oceanfront land, where Camp Meriwether and Camp Clark are located.  Uncounted thousands of boys—and members of other, visiting groups—have explored this natural area.  Fresh from being stymied in his effort to turn part of the Bandon State Natural Area into a links-style course (which Oregon Shores also opposed), Keiser now has his sights set on an undeveloped stretch of shoreline—a rare type of ocean-bordering successional forest habitat—between the Scouts’ Camp Meriwether and Camp Clark.  Transforming this patch of forest into a manicured golf resort would drastically alter the experience of scouts and other visitors who come to this remote area for solitude and to encounter the natural world.  In addition to harboring a full suite of native forest plants and wildlife, the site is also near a significant tidepool area at the base of Cape Lookout.

Portland-based Scout council executives are emphasizing the millions of dollars they are likely to receive from leasing the land for a golf course, given that the proposed course would be operated for high-end golfers willing to pay an estimated $250 per round.

However, the scouting program as originally conceived and practiced for generations teaches environmental stewardship. Even the Cascade Pacific Council's own Property Plan document states that "development should include...minimal ecological impact...and strive to find ways to be even more environmentally-friendly.”

The Cascade Pacific Council’s stated reason for considering the golf course plan is the need to fund maintenance of Boy Scout facilities, including those at camps Meriwether and Clark.  Oregon Shores urges the Council to consider other options to produce revenue while demonstrating environmental stewardship.  Alternatives include:

Oregon Shores is also concerned about public access issues. The Cascades Pacific Council has been representing this stretch of shoreline as a beach with “no public access,” and complaining about hikers crossing it, although all beaches in Oregon are public.  Any development in this area should maintain or enhance public access, rather than attempt to privatize the beach for members of private clubs or associations.

Many former scouts, along with current scoutmasters and other volunteers engaged with scouting, have expressed dismay at the news that the Cascade Pacific Council was considering this move.  Jonathan Linch, a Vancouver resident and Eagle Scout, has launched a petition against any such development, already signed by more than 4,200 people.

Regardless of whether the Boy Scouts enter into a lease agreement with Keiser, the golf course would still have to go through the land use planning process and other environmental reviews.  If matters reach this point, Oregon Shores will be actively engaged in opposing conversion of this natural shoreline into a golf course or attempts to prevent public access.