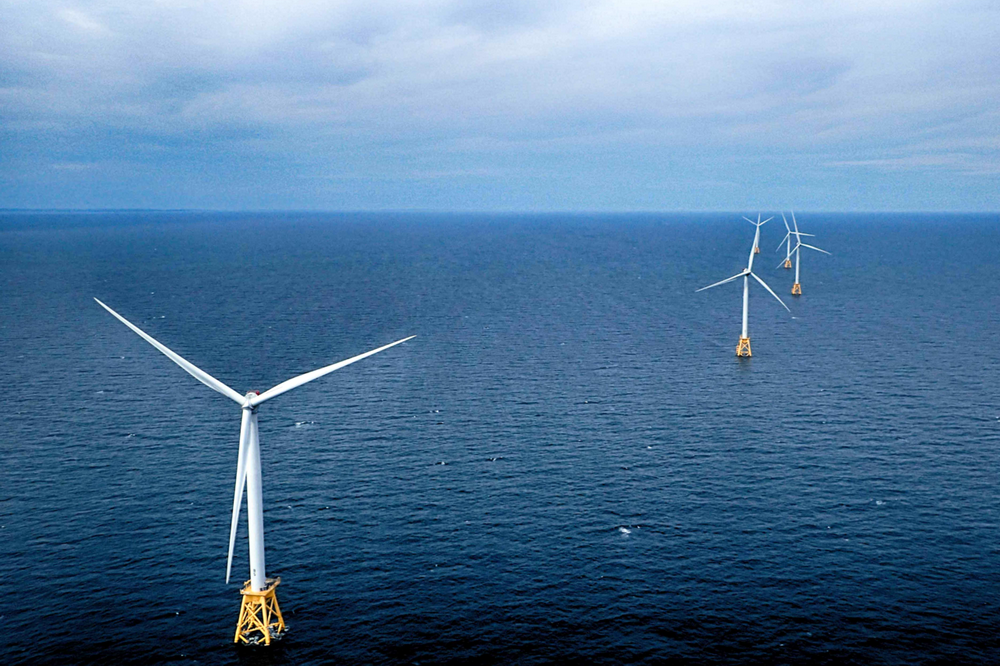 The federal Bureau of Ocean Energy Management (BOEM) has Oregon in its sights for development of wind energy turbines in federal waters off our shores.  In conjunction with the state’s Department of Land Conservation and Development, BOEM planners have been assessing Oregon’s wind energy potential.

Earlier this year, BOEM announced "call areas" within which leases to would-be wind developers would be offered. These areas comprise about 1,800 square miles of the ocean. The public had until June 28 to comment on the selected areas and potential environmental impacts. Oregon Shores worked with allies to draft and submit a joint comment from 20 conservation groups (this large file contains many maps and may take a moment to load in your web browser). We asked, among other things, for much more thorough studies of potential impacts to habitat areas and wildlife; consideration of moving call areas further offshore (the greatest potential for conflict with wildlife appears to be on the eastern side of the currently designated areas); and taking into account impacts on land as cables cross the shore, new transmission infrastructure is built, and port facilities are developed to build, transport, and service offshore wind turbines. Since wind energy development affects the California Current Large Ecosystem, shared with Washington and California, we asked that BOEM take a step back and conduct a Programmatic Environmental Impact Study (PEIS) on the potential cumulative impacts of all proposed call areas on the West Coast.

The two call areas off Oregon's coast are

Oregon Shores previously joined a host of conservation group in urging that detailed studies and a PEIS be done before call areas, if any, were identified. This was to no avail, although a third potential call area, off Bandon, was pulled from consideration when its major, very likely environmental impacts were pointed out.

At this stage, it isn't inevitable that wind energy turbines will appear in the call areas.  Companies leasing call areas will conduct further studies and, if satisfied that sufficient wind energy can be produced there, will produce proposals for specific sites for consideration by BOEM.  There will be environmental studies of these proposals, and the public will have a chance to weigh in at that point.  Still, there is considerable momentum driving us toward a new seascape featuring hundreds of massive wind turbines.

At this point it is uncertain how vast the impact could be. The Oregon Department of Energy (DOE) has developed a Floating Wind Energy Study which assesses the potential benefits and impacts to Oregon. (“Floating” refers to the fact that the waters where the turbines would be located are too deep to anchor them on the bottom; rather, the turbines will be on floating platforms tethered to the seafloor.)  In September, DOE will report its results to the Oregon legislature, which has set a goal of 3 gigawatts to be produced off Oregon’s shore. There are serious questions about whether the existing transmission infrastructure could handle this much power.  Yet some industry promoters are talking about developing capacity for as much as 20 gigawatts, which would turn the ocean into a major industrial zone.

Those who love Oregon’s coast and ocean will have mixed feelings about the situation.  Wind is a renewable energy source, which can play a role in weaning society from fossil fuels and abating global warming.  Climate change is already affecting the ocean and marine species in many ways, and will increasingly harm birds, marine mammals, and other wildlife.

On the other hand, an ocean dotted with huge turbines could have as-yet-unknown but potentially major impacts to the ocean and its inhabitants.  Wind turbines have already been developed that stand 853 feet tall, with a blade sweep of 722 feet; technology is under development that would allow for turbines 1,500 feet in height.  (The Statue of Liberty is 305 feet tall.)  The potential to affect the migratory pathways of birds and marine mammals, the disturbance to seafloor habitats, the possible effects of powerful electrical currents being conducted through the water, and the likely interference with fisheries all pose important questions.  Some portions of the call areas are particular "hot spots" for various species.  There is a possibility that industrial structures in the ocean this large and numerous could actually damp down the upwelling that makes the California Current so abundant for wildlife.

Another set of worrisome questions involve what happens onshore.  Cable lines crossing the intertidal and beach and connecting to switching stations and transmission lines on land could create impacts.  Perhaps a greater concern is what might take place in the Coos Bay estuary.  (The offshore areas that apparently have the greatest potential for wind energy lie off southern Oregon and far northern California. Also, a recent industry study indicated that the Port of Coos Bay was the only one in Oregon that could handle the industrial side of wind energy.)  Development of floating wind will involve assembly of these massive industrial structures, transporting them offshore, and ongoing maintenance and repair.  The dredging and industrial activity this would require could degrade estuarine ecosystems as much as the now-abandoned Jordan Cove LNG facility we fought so hard to block.

Oregon Shores will continue working with other conservation groups to demand independent scientific review; serious consideration given to the value of the marine and estuarine resources that could be impacted; a coastwide framework for considering cumulative impacts; careful monitoring; and mitigation for the impacts of any offshore wind development that does occur.