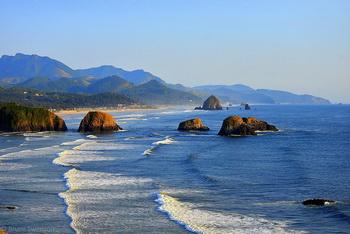 In late July, Oregon Shores submitted a five-page letter of comment on the draft 2015 – 2025 Nearshore Conservation Strategy prepared by the Oregon Department of Fish and Wildlife (ODFW).  Bob Bailey, Oregon Shores Ocean Committee Chair, also presented testimony to the Oregon Fish and Wildlife Commission at its August meeting Salem to reiterate key points in the letter.

The ODFW Nearshore Strategy is one of two documents intended to guide ODFW program actions and coordinate funding applications among various agencies and organizations to help identify and conserve habitats.  The statewide strategy document covers all upland habitats across the state as well.

Oregon Shores articulated a number of concerns with the draft Nearshore Strategy, which was, to be blunt, not a strategy at all; instead it was a compilation of information and a listing of various management issues concerning the nearshore environment with suggested actions to improve communication with the public on nearshore ocean issues.   And, despite statements acknowledging the importance of the “land-sea connection,” the document contained only passing mention of Oregon’s estuaries and merely referred to the section in the statewide document on coastal watersheds, which upon review was cursory.

Oregon Shores pointed out that the draft strategy:

See the full text of Oregon Shores’ letter of comment for more detail. Oregon Shores, through our Ocean Program committee, will be working this fall to expand on our existing ocean-related strategy to incorporate our concerns with the limitations of the state’s plan.