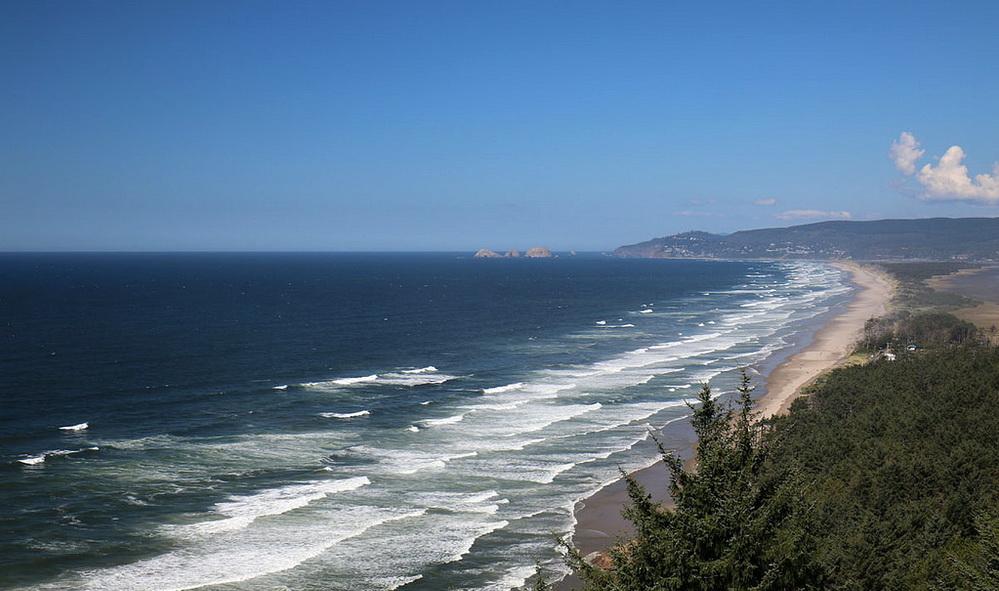 Oregon Shores strongly supports Senate Bill 281, which would provide funding for the Ocean Science Trust.  The bill has passed out of the Senate Environment and Natural Resources Committee April 10 with a referral to Ways and Means.  That committee is the one where actual decisions about allocating funds are made.  The likelihood is that there won’t be any further movement until budget deals are made near the end of the session.  That allows plenty of time for Oregon Shores members and others who would like to see research on our marine reserves and ocean resources to advance to contact their legislators.

The Senate Environment and Natural Resources Committee unanimously voted to send SB 281, which would appropriate $1 million to the Oregon Ocean Science Trust, to the Senate floor with a "do-pass" recommendation and a referral to Joint Ways and Means Committee.  Oregon Shores provided written and oral testimony in support of the bill.  Ocean Science Trust Chair Louise Solliday and Lincoln County Commissioner Terry Thompson also spoke in support of the bill. If enacted, the money will enable the Ocean Science Trust to begin to implement some of the research needs identified in its strategic plan and to provide state matching money for grants from federal and private foundation sources.

The need for a funding mechanism to support scientific research in Oregon's nearshore ocean waters has been known for years. Coastal Senator Arnie Roblan championed this cause and convinced the 2009 legislature to create a Nearshore Task Force to come up with recommendations for such a body.  Legislation to create an Ocean Science Trust failed in the 2011 session, but Sen. Roblan persevered and the 2013 legislature created the Ocean Science Trust, but without funding and without staff.  The Department of State Lands was directed to assist the Trust until it could find its own funding.

Trustees were appointed by the Governor in October 2015: Louise Solliday, Chair, Laura Anderson, Jim Sumich, Emily Goodwin Martin, and Krystyna Wolniakowski.  Since then the Trust has worked to craft its operating policies and identify areas of needed research against the day when funding does become available.

In mid-2016, the Trust held a two-day science workshop to help identifying priority research and monitoring questions.  From the workshop, the Trust adopted five priority questions:

• What are the distribution and abundance of economically and ecologically important species, and the habitats on which they depend, in the nearshore environment?

• How are economically and ecologically important species and their habitats affected by the changes in the physical, chemical and biological nearshore environment?

• What options exist for adapting to, mitigating and possibly minimizing changes in ocean conditions that affect economically and ecologically important species, and the habitats on which they depend, in the nearshore environment?

• How does ocean health relate to livability, health and wellbeing, economic prosperity and safety in Oregon and its coastal communities?

The Trust also initiated official rulemaking to adopt rules for the competitive grant program called for in ORS 196.566 (4). The public comment period for the draft rules closed on April 14, with OOST scheduled to adopt final rules at its meeting on June 1.

It is hoped that any state funds appropriated by the legislature will serve as a catalyst for funding from other sources by providing matching funds against other grants from private and public sources.  The Trust has discussed but made no decision on utilizing the grant-processing capacity of Oregon Sea Grant or a comparable entity to provide necessary expertise to administer competitive peer-reviewed scientific research in the marine environment.