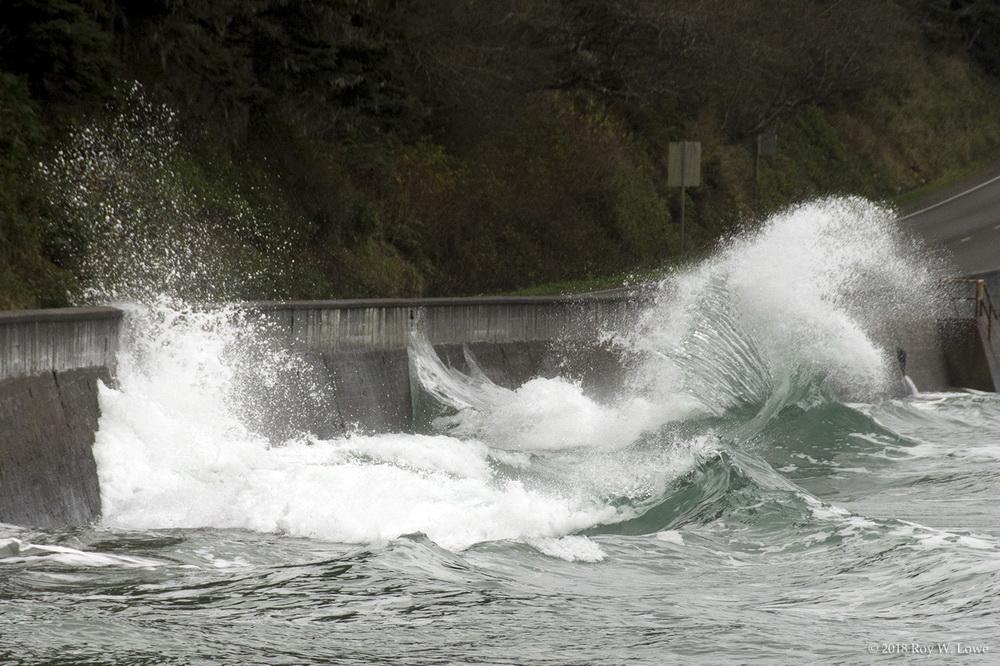 We will be hosting a set of King Tides-related events to provide background information on the project and insights into what it can tell us about sea level rise. Watch our calendar listings to learn more about events related to king tides and the King Tides Project.

This citizen science effort, organized by CoastWatch and the Oregon Coastal Management Program, engaged exactly 100 volunteer photographers during the 2021-2022 season, who contributed 247 photos.  That is the largest number of participants yet.  The number of photos submitted is down from last year, but it appears that the photographers were more selective about sending their best work--the quality of the images was high.

Through the King Tides Project, volunteers take photographs that depict the highest reach of the highest tides of the year, documenting current vulnerabilities to flooding while providing a preview of what could be typical high tides with sea level rise and global warming.  Each winter, the three highest tide sequences become the focus of this effort. But there are things that participants can do in the interim. The project is placing new emphasis on comparison shots--photos taken from the same spot at the high point of a comparatively normal high tide, to be contrasted with the same view at the high point of a king tide.  Volunteer photographers are encouraged to start now in finding good locations (or ones they've used before) and taking photos during typical tide sequences, anticipating the comparisons to be made with this year's coming peak tides.  (Note that the comparison is high tide to high tide, not low tide to high tide.)

The past winter's photos can be seen on the project's special Flickr site, along with those from past years.  On the Flickr site you can also see aerial images of king tides and how they affect the landscape, taken by photographers Rena Olson and Alex Derr for Oregon Shores, and Briana Goodwin for Surfrider.  They were provided with Lighthawk flights to photograph the effects of the king tide on the Coquille, Siuslaw, and Alsea drainages from the air, and we are sharing those photos as well.

For the past decade-plus, CoastWatch has collaborated with the state's Coastal Management Program (a branch of the Department of Land Conservation and Development) to sponsor Oregon’s contribution to this international citizen science initiative.  (The project originated in Australia, where these highest tides of the year are known as “king tides,” so this colloquial term is now used for the project around the world.) We helped to pioneer the concept; the Oregon project debuted in the same year as the international effort.  Through the King Tides Project, photographers trace the reach of the year’s highest tides, showing the intersection of the ocean with both human-built infrastructure (roads, seawalls, trails, bridges) and natural features such as cliffs and wetlands.  Anyone capable of wielding a camera can participate.

To see the work of the man dozens of volunteer photographers who have contributed to the work over the years, see this special Flickr site.