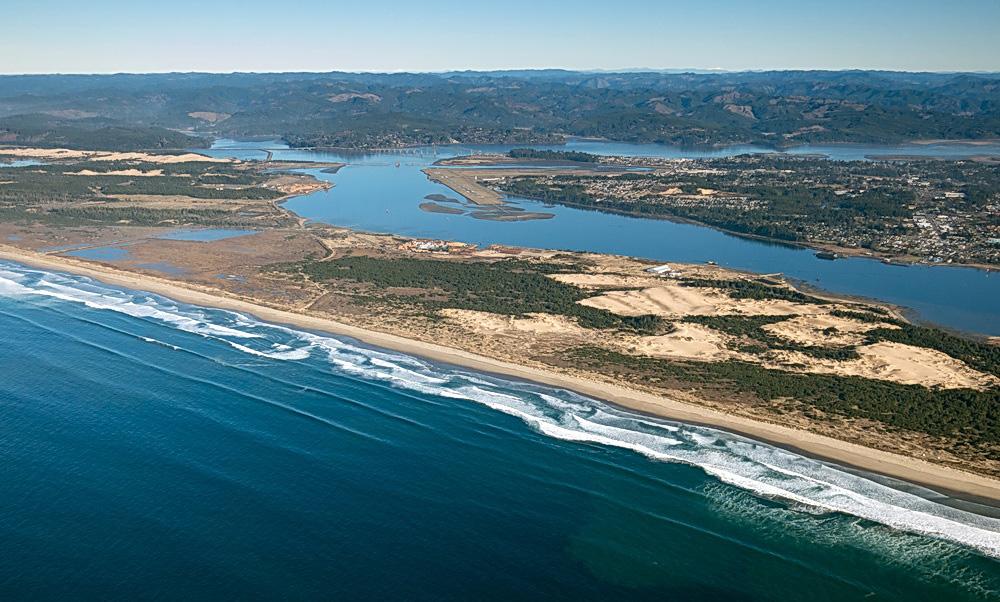 Great news arrived today (12/9/2016).  The Federal Energy Regulatory Commission issued a final denial of the proposed Jordan Cove LNG (liquefied natural gas) export terminal on Coos Bay’s North Spit.  This may not be the final conclusion to the story, but it is a major breakthrough for the coalition that has opposed LNG development for so long.

What FERC actually did was deny the request by Jordan Cove Energy Project and Pacific Connector, which would build and run the associated pipeline, for a re-hearing of the original denial last March.  Even better, FERC also denied Jordan Cove’s request to add information to the record.  That means that if Jordan Cove does attempt to appeal the decision, it will have to be based on the information available when FERC originally denied approval, not on any alleged new need for the project.

The original denial was based on Jordan Cove and Pacific Connector not having demonstrated sufficient market demand to establish necessity for the project that would outweigh damage to the interests of landowners affected by the pipeline construction.  Jordan Cove had come up with some vague, non-binding agreements with potential purchasers since March, but FERC has now rejected these dubious new claims.

The project is dead as far as FERC is concerned.  Jordan Cove/Pacific Connector now has 60 days to appeal to federal circuit court (either the 9th Circuit, here on the West Coast where the project is located, or the D.C. Circuit, where FERC is headquartered—their choice).  If Jordan Cove appeals, Oregon Shores will be in the thick of it, but, very unusually, on the side of FERC.  Meanwhile, we will continue working to persuade state agencies to issue permit denials, as well, so that LNG development on this unstable spit, in an earthquake and tsunami zone, will be permanently blocked, even if Jordan Cove should appeal to the courts and win on appeal.

While this decade-long battle isn’t necessarily over, the FERC denial is a key victory for all the groups that have opposed LNG development.  This has been a major focus of Oregon Shores’ Coastal Law Project for most of a decade.  It is important to celebrate victories when they come, before girding for future battles, so for today, two cheers!

For more information on this major Oregon Shores priority, see our background article.