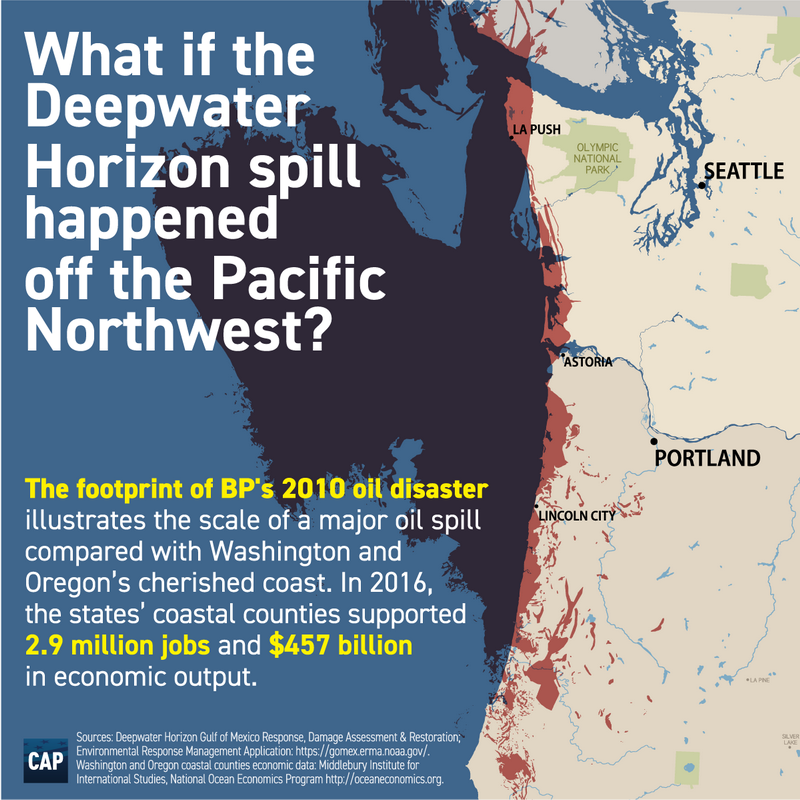 Oregon Shores is joining with many other conservation groups to sponsor a rally on the State Capitol steps to protest the Trump administration’s suddenly announced plan to open Oregon’s ocean waters to oil drilling leases (along with almost all United States marine areas).  The rally takes places at 2:30 p.m., in conjunction with a hearing by the federal Bureau of Ocean Energy Management (BOEM) taking place that day at the Red Lion Hotel in Salem (see event listing).

The rally will last until about 4 p.m.  Participants are then encouraged to travel to the Red Lion Hotel (3301 Market St., N.E.), both to take part in the BOEM hearing and to protest outside on the sidewalk.  (The BOEM event is a “listening session,” rather than a formal meeting.  Members of the public will have a chance to circulate to meet various BOEM staffers and make comments.  It isn’t necessary to be present for the entire session, which runs from 3-7 p.m.)

Details on the rally are still coming into focus.  You can keep up with what is being planned, and RSVP, on the site that has been set up for the rally:  http://bit.ly/notinOregon.  There will be opportunities to sign up for carpooling or vans or buses coming from various locations.  Once this is set up it will be announced here and on the rally site.

Speakers will include representatives of both Oregon senators, the state treasurer, and both commercial and tribal fishermen, among others.  The Governor has been invited, although is not yet confirmed.