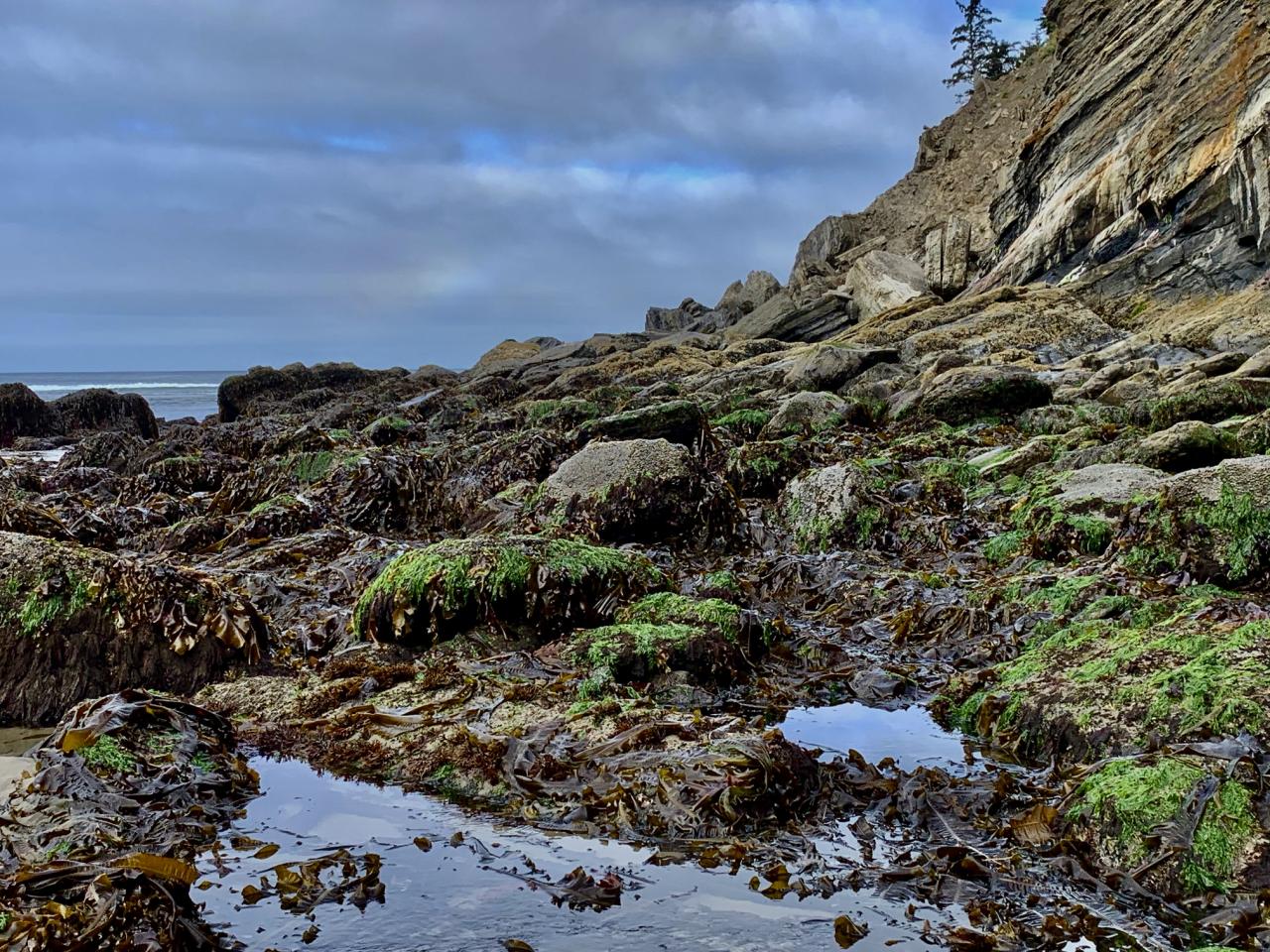 What’s next for designating new rocky habitats in Oregon?

Six proposals are alive and in continuing consultation. These sites include Ecola Point and Chapman Point in Clatsop County, Blacklock Point in Curry, Cape Foulweather, Cape Lookout in Tillamook, and Fogarty Creek and Cape Foulweather in Lincoln. The Department of Land Conservation and Development (DLCD) and the Oregon Coastal Management Program staff hosted public consultation workshops in April 2022 between the agencies and the proposers. Proposal authors presented their proposals during the workshops to resolve considerations identified in the process. Public comment took place during the workshops.

Proposers in continuing consultation/further evaluation, including both Oregon Shores board member Larry Basch and CoastWatch Volunteer Coordinator Jesse Jones, presented at the OPAC meeting on Thursday, Sept. 29, defending the proposals and answering questions that had been raised.

Next step is the OPAC meeting on Dec.9 (details yet to come), where decisions will be made.

Chapman Point was initially proposed as a Marine Conservation Area, but with cooperative planning and regular discussions between the North Coast Rocky Habitat Coalition and area conservation partners like Haystack Rocky Awareness Program (Haystack Rock is a designated Marine Education Area), the Friends of Haystack Rock Awareness Program and North Coast Land Conservancy’s Marine Program, a shared goal emerged to safeguard Chapman Point rocky habitat with a designation of Marine Education area instead of an MCA. Chapman Point is an entry point to Ecola Point during low tide, making it a fitting place to intersect with members of the public and provide important etiquette tips to minimize wildlife disturbance as they head toward Ecola Point, one of the most special and pristine natural places on the north Oregon coast. Site stewardship and public education would be focused at the point itself, with roving volunteers at low tides.

These changes from the 2020 proposal reflect the North Coast Rocky Habitat Coalition’s facilitation, cooperation and coordination among nearby coastal conservation groups to ensure that marine resources and habitats are holistically managed. The public comments of support they received during the April 29, 2022 workshop demonstrated our success with outreach to the local community.

The North Coast Rocky Habitat Coalition proposed Ecola Point as an MCA to retain the site’s relatively pristine characteristics in the face of increasing visitors. Ecola Point was originally considered for site designation in the original 1994 Rocky Habitat Strategy. The people who make up the city of Cannon Beach are united in their pursuit to protect the largest draw to their community - the rocky habitat and amazing flora and fauna it supports.

The April 29 workshop discussions resulted in a retraction that the group struggled with; the proposed restriction of "No climbing on rocks in intertidal and no climbing through the intertidal zone to the area above Mean High Water (MHW) on offshore rocks." The coalition retracted this based on discussions with Oregon Parks and Recreation, who stated it would be the only place on the coast with this rule and rules already exist for offshore island rocks. Climbing on rocks in rocky habitats is both a wildlife and human safety issue and so the group recommended OPRD increase enforcement at Ecola in light of retracting their regulatory recommendation.

This group has proposed Blacklock Point as an MCA to retain this site’s relatively pristine characteristics in the face of increasing visitors. CoastWatch volunteers have documented visitation and it is higher than the state’s estimations. State and federal agencies stated that Blacklock Point is a remote site that is difficult to access and are concerned that designating it will draw more attention to it. The proposers’ experience is that Blacklock Point is already on the map and attracts more visitors every year.

It was learned at the April 2022 workshop from a voice in favor of the designation who is also a nearby resident at Floras Lake, that the Cape Blanco Airport is planning multi-million dollar improvements. This may be an opportunity for collaboration on trailhead improvements.

The South Coast Rocky Shores group’s presentation at the April 2022 workshop reconfirmed that the cliffs in the original proposal will no longer be included in the proposal map. Workshop discussions highlighted the need for state parks to confirm if the parking lot next to the trailhead of Blacklock Point, across the street from the Cape Blanco Airport, is owned by state parks.

Workshop discussions also resulted in the question: Since Blacklock Point falls within the Floras Lake Natural Area, what would change? Floras Lake State Natural Area is an undeveloped OPRD property, which is part of Area 4 (Southwestern Oregon), and the Cape Blanco Management Unit. Oregon Parks and Recreation Department manages the ocean shore recreation area. The group asks, can a designation for rocky habitat protections and a State Natural Area coexist without complicating management at the site?

Oregon’s Rocky Habitat Management Strategy, Oregon’s policy for protecting rocky intertidal and nearshore subtidal ecosystems since 1994 has been revised with the public’s input and Oregon Shores has been actively engaged. The basic framework of the revised management strategy was approved, and the public is proposing particular levels of protection for special sites, which is a key element in the strategy to protect these important resource areas.

Citizens and community groups have sought designations, which require filing detailed proposals, demanding a good deal of information and expertise, and evidence of broad-based outreach and community outreach. At the end of 2020, twelve sites were initially proposed. Proposals that pass muster with the state’s Ocean Policy Advisory Council (OPAC) and Land Conservation and Development Commission will become part of the management strategy when it is formally adopted.  The proposals were reviewed and OPAC favored two sites, at Coquille Point in Coos County and Cape Blanco in Curry County, recommending protective designations.