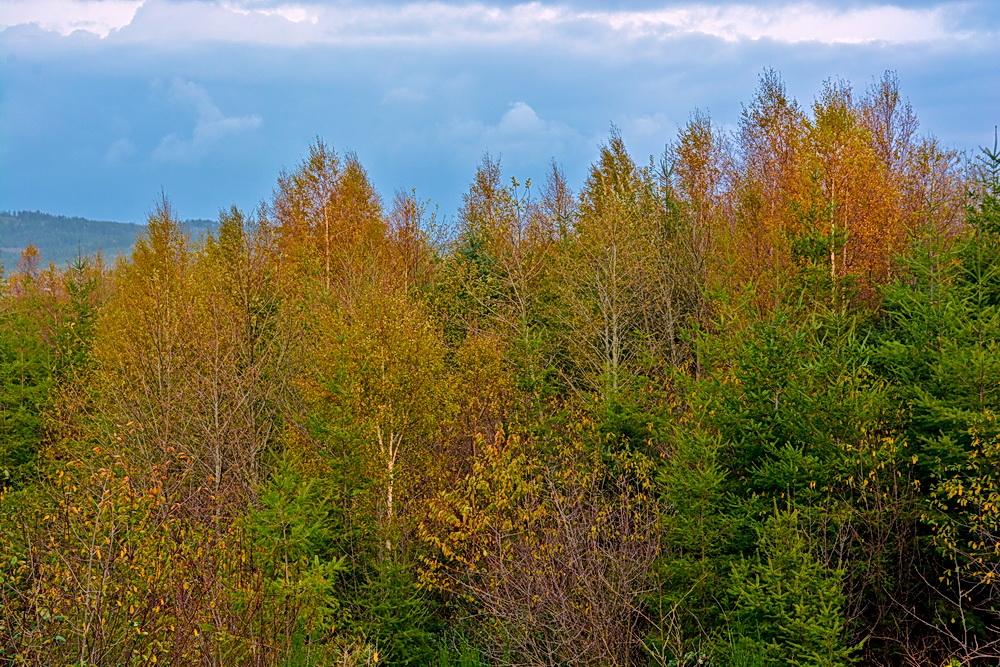 Oregon Shores and the Crag Law Center, our partners in the Coastal Law Project, have won an important land use case at the Oregon Court of Appeals.  The court’s decision in Oregon Shores Conservation Coalition v. Board of Commissioners of Clatsop County, handed down April 24, upheld our claim that the county’s approval of a proposed subdivision in an area zoned for forestry violated basic land use planning laws.

We have been waiting a long time for this.  The decision comes almost a full year after Crag attorneys Scott Hilgenberg and Courtney Johnson argued the case for us before the court on May 3, 2018.  But we have actually been fighting the “Aspmo case” for more than a decade, going back and forth between the courts and Clatsop County, and have been opposing the misuse of so-called “vested rights” since the voters passed Measure 49 in 2007.

This key issue can be fairly simply stated:  Clatsop County commissioners, wanting to let a would-be developer, Gary Aspmo, build on land zoned for forestry, but grudgingly recognizing that they couldn't stretch the land use laws enough to allow the proposed development, decided to reshape the proposal into one they believed they could approve.  The main change was that they cut the proposed number of houses in half.  (We don't think the development could have been legally approved in that form, either, but put that aside for now.)  The Court agreed with us in no uncertain terms that a local jurisdiction just can't do that:  Cities or counties have to decide on the basis of the proposal submitted to them; they can't craft their own alternate proposals to get something they prefer and approve those instead.  If Clatsop County had gotten away with this, it would have opened the door to all kinds of mischief in the land use planning process.  Our victory confirmed an important land use planning principle.

The Clatsop County commissioners voted to allow would-be developers, the Aspmo family, to build 15 houses on forested land where they would never be permitted under conventional land use planning, due to their claim of a “vested right.”  (The Aspmos had applied to build 30.)  We appealed to the Clatsop County Circuit Court in 2016, and lost there.  Convinced the lower court decision was wrong, we appealed again to the Court of Appeals, and our key argument against the proposed development was vindicated.  The Oregon Department of Land Conservation and Development shared our view that the county’s actions violated Oregon’s and use laws, and the state joined our appeal.

The case might be called the ghost of Measure 37, the short-lived law passed by the voters in 2004 that took the brakes off much land development.  Three years later, the voters recognized their mistake, and passed Measure 49, rescinding much of the earlier measure.  Property owners claim a “vested right” when they have already begun a project which would be banned under a new regulation or enforcement decision.  After Measure 49 passed, hundreds of would-be developers around the state, including on the coast, who had hoped to take advantage of Measure 37’s elimination of land use controls and were now thwarted by Measure 49, tried to claim vested rights based on whatever preliminary steps they had taken. We have been battling these efforts to get around good land use planning ever since.  The crucial question in such cases is whether enough work has already taken place to create a vested right.  In the Aspmo case, Oregon Shores argued strongly that the initial steps taken to develop the land, during the window of time when this would have been permitted under Measure 37, weren’t nearly enough to establish a right to proceed, and that the Aspmos waited too long to claim such a right in any case.

Clatsop County then took what in our view—and in the view of the Court of Appeals--is a completely impermissible step.  Since the amount spent by the Aspmos for preliminary development work clearly hadn’t amounted to enough to justify a vested right for their desired, 30-unit development, the county split the difference and declared that they had a vested right to build 15 houses.  (Again, we would disagree.)  We contended that there are no legitimate grounds for such a Solomonic decision to split the baby—the county can only consider the proposal before it, which in this case was for 30 residences.  We are appealed on other grounds as well, but that was the most egregious misstep favoring the developers.

This is the latest, and possibly last, episode in a struggle that has gone on for well over a decade, as Oregon Shores (together with the Crag Law Center) has struggled, successfully up till now, to prevent the abuse of such vested rights to foist highly inappropriate development on the coastal region.

In the Aspmo case, we had two major legal arguments. The first was that the Aspmos waited too long before seeking vested rights approval.  Our second argument had to do with how the county went about determining whether the costs of pre-development activities already completed by the Aspmos, as compared to the total cost of development, meet the vested rights threshold. Here, the county commissioners started with the expense ratio they thought a court would uphold, and then worked backwards to determine the number of homes that could be completed. In other words, we would argue that the county reversed the proper analysis and completed an outcome-driven process in which a vested right was assumed, the only analysis being how many homes to vest.  The Aspmos’ expenses to date amounted to only 3% of the estimated total project cost, not nearly enough to make them “vested” had the commissioners followed the appropriate process.  This is the issue we won on.

We wish that we could say that this is finally over.  This should be the end of the Aspmos’ efforts to develop the forested land.  It is only possible to make a vested rights claim based on the proposal that had been made before the regulations changed, and it has already been established that their original proposal wouldn’t qualify. But there is still a possibility that future vested rights claims could come out of the woodwork.  This wouldn't have been the case had we won on the other point, our claim that the applicant had waited too long to claim a vested right, but the court rejected our argument on this point.  This isn't a matter that sets an important precedent, because it only applies to a narrow range of vested rights cases.  But it does mean that other applicants could still make claims (which isn’t to say that those claims would succeed).  The State of Oregon, which joined us on this point as co-appellant, won't be happy, because this court decision doesn’t preclude the possibility that some other vested rights cases around the state could yet emerge.  For us, the only remaining case we need to worry about is one other Clatsop County vested rights claim, which has been dormant for years now since we defeated the county's approval of this proposal at the Land Use Court of Appeals.

We hope that we can finally write “The End” to the vested rights cases, and move on to the many other land use issues that need our attention.  But if there are any further efforts to get around land use protections for resource areas through the use of vested rights, we’ll take up the struggle again.  It is time to lay the ghost of Measure 37 to rest once and for all.