We have waited a long time for the official word, even though we were certain we knew what it would be.  Finally, after many delays, the Coos County Board of Commissioners has affirmed most elements in the earlier decision of its appointed Hearings Officer, approving land use permits for the proposed Jordan Cove LNG (liquefied natural gas) export facility, and overruling the many contrary arguments filed by Oregon Shores.

Fighting the Jordan Cove LNG development scheme on the land use planning front has been a key contribution by Oregon Shores to the coalition effort to block the facility.  We will be carrying the battle to the next level, the Land Use Board of Appeals (LUBA).  We await the formal written decision from the Coos County commissioners, at which point the clock starts ticking for filing an appeal.

In general, Oregon Shores will continue to argue that the damage to public trust resources is unacceptable, and that no substantial public benefit has been demonstrated that would outweigh the damage to the estuary.  There are other, more technical issues, but we will have to read the final order to know exactly how it can be challenged. 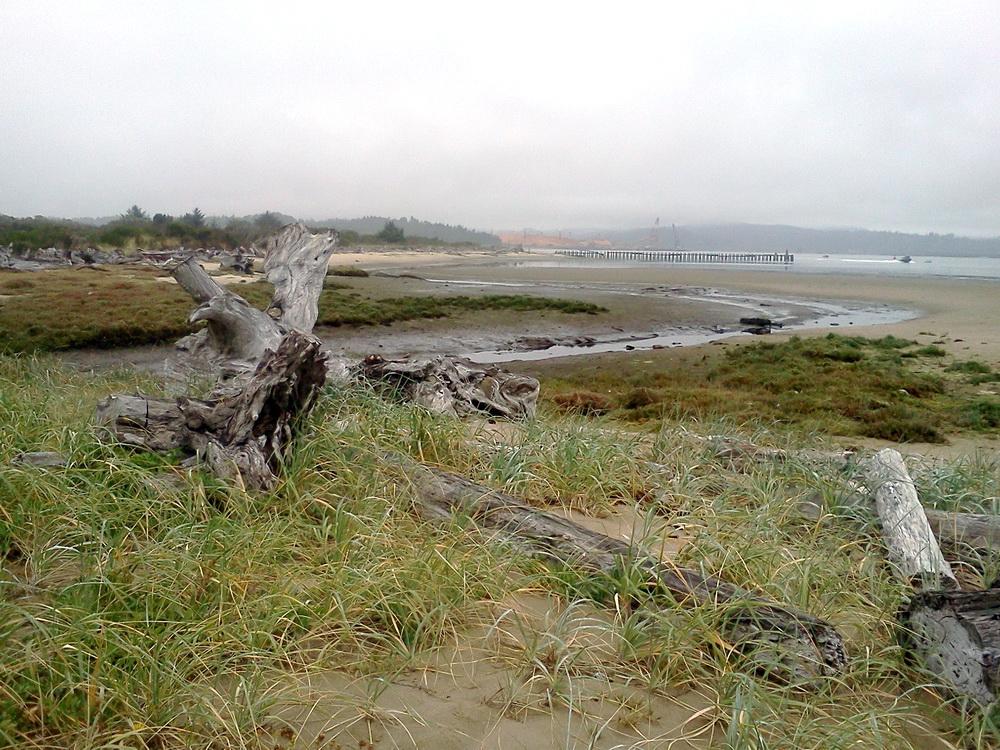 Oregon Shores won a temporary victory last year in our battle to block the LNG export facility proposed for Coos Bay’s North Spit. The Jordan Cove Energy Project (a branch of Canadian corporation Veresen) had persuaded Coos County to reissue all the land use approvals the company received six years ago when the project was to be an LNG import facility. Oregon Shores, represented by attorney Courtney Johnson through our Coastal Law Project (a partnership with the Crag Law Center), argued that an export facility is very different and poses more severe impacts. After arguments before a hearings officer, Jordan Cove withdrew its application, apparently seeing that we would win the appeal.

However, Jordan Cove returned this year with a somewhat more comprehensive application, seeking the county’s approval for Conditional Use, Compliance Determination and Floodplain Development applications for the new project. Again represented by Courtney Johnson, Oregon Shores argued that the county’s comprehensive plan, zoning ordinance and estuary management plans don’t contemplate a major project like this on the North Spit, dramatically impacting the Coos Bay estuary, and simply won’t accommodate the project. We further argued that the company’s application doesn’t come close to addressing the real risks the facility poses both to human health and safety and to the ecological health of the estuary.

We also contended that the applicant does not come close to demonstrating a public benefit sufficient to justify the interference with “public trust rights”—such as navigation, harvesting (crabs, oysters and so forth) and recreation—that the project and subsequent LNG shipping would create. For instance, LNG tankers require wide safety zones which would seriously interfere with the passage of fishing boats and other shipping on the bay. We do not believe that the desire of a Canadian corporation to ship fracked gas to China through Coos Bay outweighs the impacts to the estuarine environment and to local uses of the estuary.

We further noted that the applicant has failed to adequately address the risks of developing a dangerous facility directly opposite the North Bend airport, and of potential flooding at the site. In addition, we consider that the applicant's proposal for "mitigating" the severe impacts that dredging for the project would have on the Coos Bay estuary is neither adequate nor demonstrably effective.

These arguments did not prevail with either the Hearings Officer or the Coos commissioners.  We will next carry them to LUBA, to see what a disinterested party has to say.