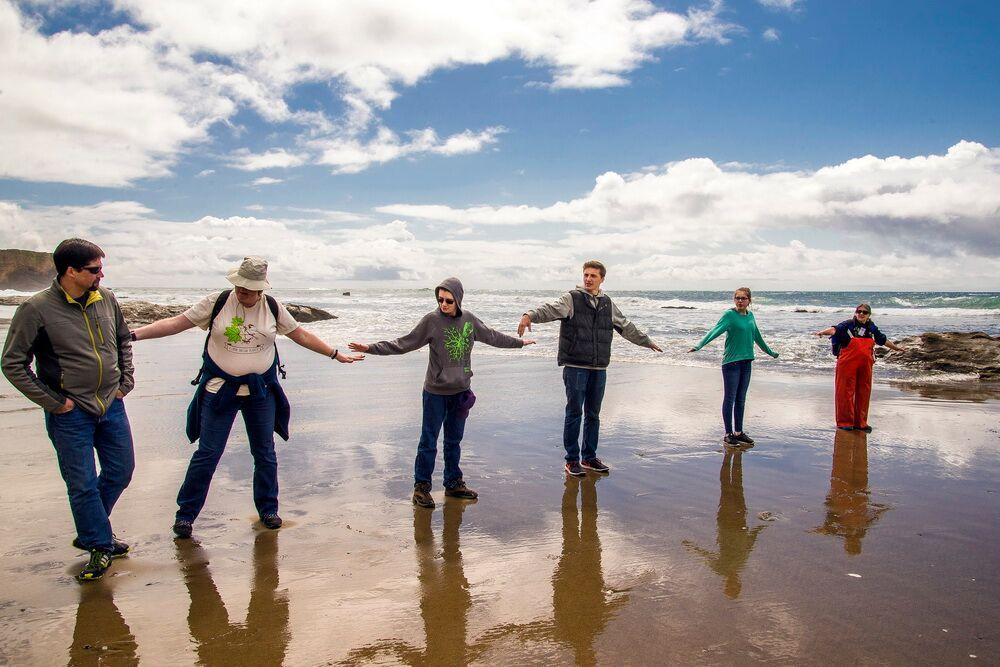 CoastWatchers have been actively cleaning beaches of marine debris since the program was founded more than 25 years ago, and CoastWatch has had an organized marine debris project for the past decade.  In the wake of the 2011 Japanese tsunami, Oregon Shores (through CoastWatch) joined with four partners—Surfrider, SOLVE, Oregon Sea Grant and Washed Ashore—to form the Oregon Marine Debris Team.  We’ve worked together on cleanups and public awareness efforts, and CoastWatch has taken the lead in conducting a formal marine debris survey, using a protocol supplied by the National Oceanic and Atmospheric Administration (NOAA), at multiple sites along the coast.

These efforts have been folded into a first-ever statewide marine debris plan.  Two years ago, CoastWatch collaborated with some 30 local, state, and federal agencies and fellow conservation groups, under the auspices of NOAA's Marine Debris Program, to develop a comprehensive Oregon Marine Debris Action Plan, which was adopted.

The plan addresses strategies for cleaning up debris both on the shore and in the ocean; studying its contents and distribution to understand the problem better; educating the public; and eliminating waste prone to becoming marine debris at its source.

In March, 2019, a workshop was held to review results thus far and update the plan.

CoastWatch (along with our partners in the Oregon Marine Debris Team) continues to have many roles to play in carrying the plan forward.  As has been the case all along, non-profit conservation groups will be in the forefront of monitoring, cleanup, and education.  A key goal of the planning process has been to better mesh these efforts with resource provided by government bodies and universities.

Oregon Shores and CoastWatch will also engage students in service-learning projects to track and remove debris while studying its sources; participate in public education campaigns to reduce the use of materials, especially single-use plastics (think, straws) that tend to wind up in the ocean; develop marine debris exhibits; work with other groups to develop an Oregon Marine Debris Month and Rise above Plastics Day; and work in other ways to disseminate information about marine debris and work toward reducing it.