Coast Bike Route Up for Discussion 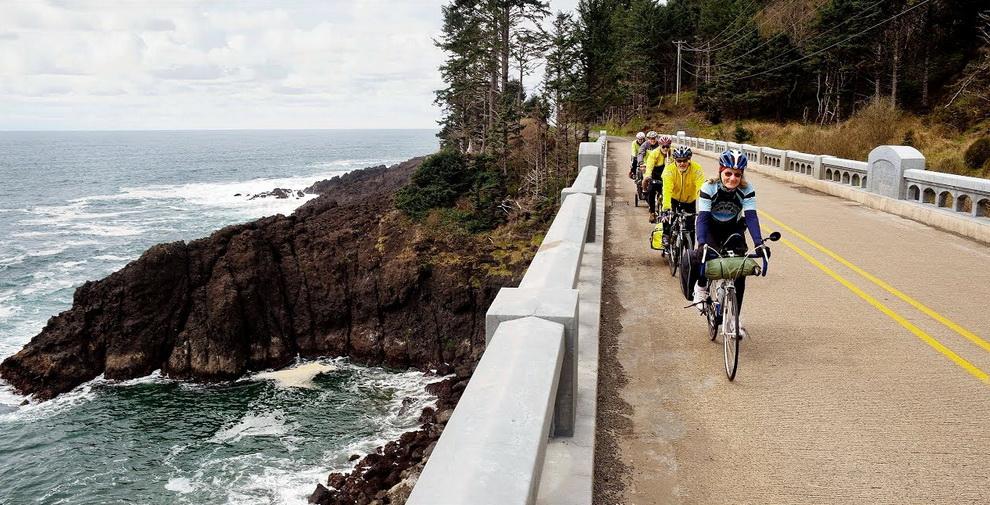 Biking the Oregon coast.\Photo courtesy of ODOT.
The Oregon Coast Bike Route (OCBR) exists in concept.  It runs 370 miles the length of the state and is traveled by an estimated 6,000 to 10,000 riders annually.  It was designated in the 1980s.  But it is essentially Highway 101.

The Oregon Department of Transportation (ODOT) began a planning effort for the OCBR in 2018.  With the growth of bike tourism here and nationally, the bike route was more in demand, and it was past time to take it more seriously as infrastructure.

This planning process has identified needs to support bicycle travel, connectivity, and safety. The OCBR is being evaluated with a focus on the most critical needs: defining the route and where it leaves Hwy 101; defining projects and supportive program investments; and determining how ODOT and local governments might target investments in the route.

The public is invited to comment on the current draft of the new plan through an “online open house” that runs through April 6.  To learn more about the project and how to participate, go here.

Suggested solutions could be supportive programs, capital investments or operational solutions and may include both short and long-term investment ideas. For example, a short-term idea might make the route safer or more comfortable with a smaller fix such as improving signs, adding flashing lights, or doing targeted education for drivers and bicyclists along the route. A long-term solution might involve more funding and bigger concepts such as separated bicycle and pedestrian bridges and shoulder widening.

Here is the connection to the open house and the map showing the OCBR and potential areas for improvement:  https://maps.jla.us.com/coast-bike-route-2.

ODOT is working with other state agencies and organizations such as the Oregon Parks and Recreation Department (OPRD) and Travel Oregon. That includes working with the OPRD on the relationship of the bike route and the Oregon Coast Trail, and where the two efforts may overlap or complement each other.​