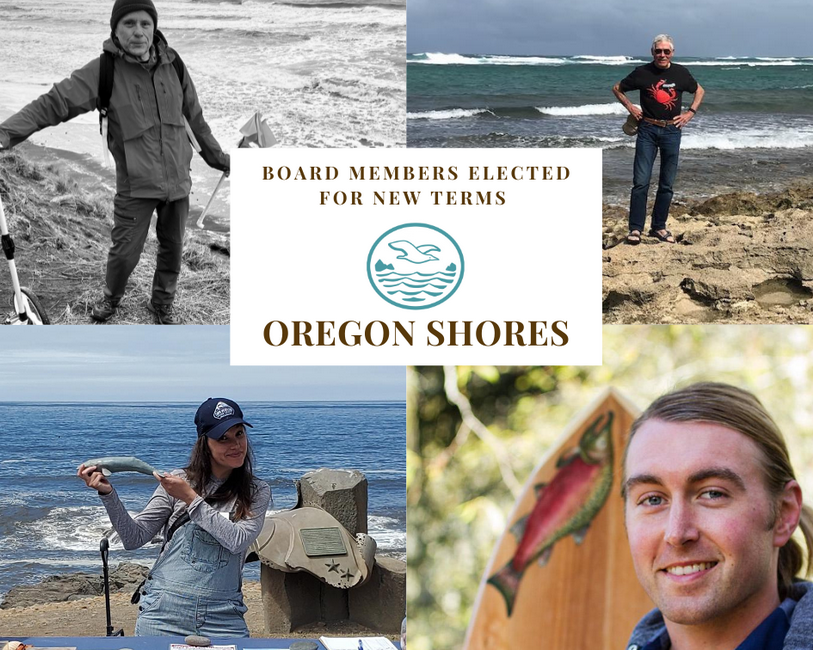 Our annual, online board election took place in December.  The results did not come as a surprise, since all candidates were running unopposed.  Four Oregon Shores board members were elected to new terms, beginning Jan. 1.

Kristin Bayans was elected to her first full term, having been given an interim appointment to the board since the last election.  Veteran members Ed Joyce, Graham Klag, and Paul Sherman were all returned for new terms.

We bade farewell and sent our thanks to three long-serving board members who stepped down:  Ron Steffens, Jamaal Green, and Noah Winchester.  (Special thanks to Ron, who handled the technical end of the online election for us.)

Oregon Shores is a membership organization, meaning that the board is elected by the members.  To keep the board energized and fully populated, the by-laws allow the current board to add to its ranks during the course of a year by appointing new board members on an interim basis.  These appointed members then stand for election to full terms by the members at the next official election.  The board will be considering candidates to fill available board seats during 2022.