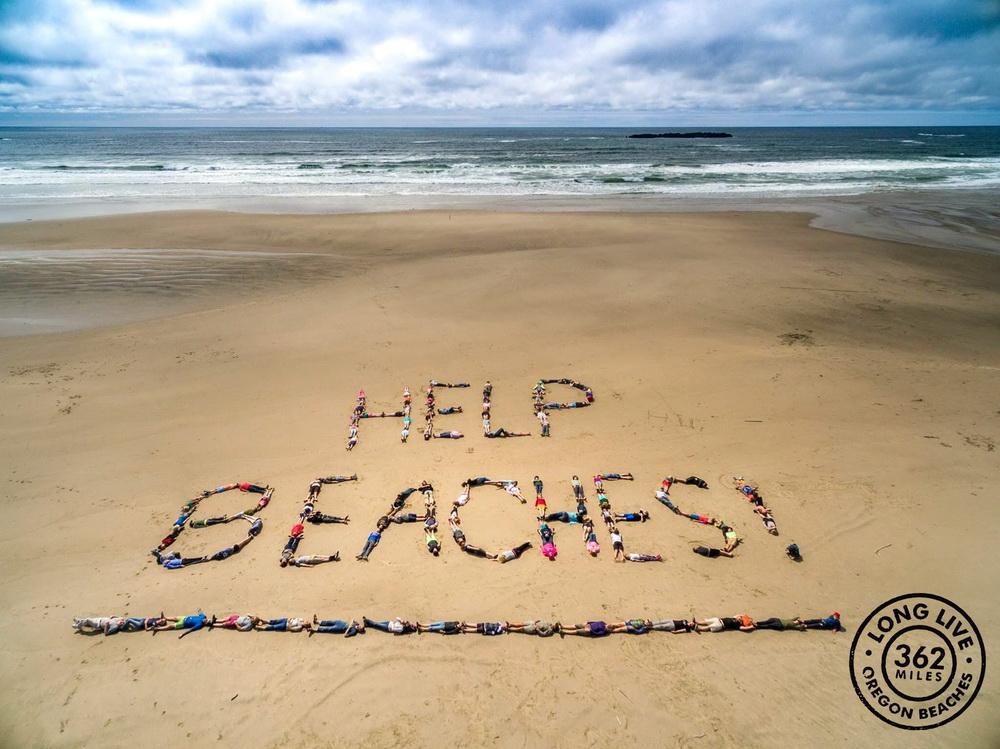 The 50th anniversary of Oregon’s Beach Bill seemed like an appropriate occasion for the Oregon Legislature to honor and extend this legacy.  The legislators failed.

Oregon Shores, Surfrider and other coastal conservation groups strongly supported Senate Bill 745, which would have created an Ocean Beach Fund, as a means of honoring the Beach Bill’s anniversary.  Submitted by coastal Sen. Arnie Roblan, the bill was given a do-pass recommendation by the Senate Environment and Natural Resources Committee, and sent on to the Senate Committee on Finance and Revenue.

There it languished, however.  Committee Chair Sen. Mark Hass obstinately refused to heed increasingly urgent pleas that the bill be given a fair hearing, and the legislation died, and with it, the opportunity to seize the opportunity of the 50th anniversary to do something for our beaches in this generation.

SB 745 would have diverted .6% of money generated by the transient room tax, the portion collected from campers in ocean-front state parks, an estimated total of $125,000 per year, to a new Ocean Beach Fund created by the bill.  Visitors to the coast spend about $1.8 annually, supporting the coastal economy, and it is Oregon’s public shoreline which is the primary lure.  Thus there are strong pragmatic reasons for protecting our beaches and rocky shores, in addition to the underlying stewardship responsibility for this public legacy which is Oregon Shores’ key mission.

Despite the value of our shoreline resources, preserved for all Oregonians and visitors through the Beach Bill (which became the Beach Law), the Oregon Parks and Recreation Department (OPRD), charged with managing the shore, is short of the funding and staff needed to adequately carry out these responsibilities.  OPRD needs additional support to address issues of marine debris, proposals for altering the shoreline through riprap and other types of beachfront armoring, visitor safety, vandalism and other violations of beach regulations, and an increasing range of recreational uses, some of which have potential risks and environmental impacts.  All this, while erosion and severe storms driven by climate change are actively re-shaping the coast where millions of residents and visitors are seeking recreation.

In hopes of addressing degradation that could affect both visitor experiences and environmental health, Oregon Shores joined with Surfrider and other conservation groups, along with Lincoln County and many commercial interests on the coast, in calling for the establishment of the Ocean Beach Fund, as a modest means of helping to preserve our beaches for the next 50 years.  We work frequently with OPRD staff to clean up debris and monitor the shoreline for problems, so we are in a position to testify that the department needs more resources for shoreline management.  The Ocean Beach Fund would have been housed within OPRD, increasing the agency’s capacity to manage our beaches and improve visitor experience, safety and the necessary resource management to ensure the ecological and economic value of Oregon's public beaches for future generations.

OPRD operates coastal campgrounds that collect state lodging taxes for overnight stays in tents and yurts. The revenue generated from these taxes is distributed quarterly to the State of Oregon’s Tourism Commission / Travel Oregon for state tourism-related programs. The Beach Fund legislation would have retained these dollars for beach management, to be used where the funds are generated. Because the funds are directly generated, “point source,” at state-managed ocean shore campgrounds, and the legislation would not apply to the local lodging taxes, the fund would not infringe upon tax revenue generated and depended upon locally by the private sector.  Rather than disappear as a drop in the bucket of statewide tourism funding, funds going to the Ocean Beach Fund could provide vital extra capacity for OPRD.

Failure to pass SB 745 represents a serious missed opportunity.  To some extent, the bill may have been the victim of the legislature’s obsessive focus on revenue and the budget gap, but the real reason probably had more to do with Travel Oregon’s lobbying to keep every penny of its slush fund.  Oregon Shores will be joining other advocates in analyzing the real reasons for this failure of public responsibility by Sen. Hass and other legislators, and will continue to push for the creation of the Oregon Beach Fund.

The Oregon Legislature also turned its back on the ocean in another way, failing to pass Senate Bill 281, which would have provided funding for the Ocean Science Trust.  This bill, which Oregon Shores also strongly supported, passed out of the Senate Environment and Natural Resources Committee but died in Ways and Means, the committee where actual decisions about allocating funds are made.

SB 281 would have appropriated $1 million to the Oregon Ocean Science Trust.  The money would have enabled the Ocean Science Trust to begin to implement some of the research needs identified in its strategic plan and to provide state matching money for grants from federal and private foundation sources.  The 2013 legislature created the Ocean Science Trust, but without funding and without staff.  The Department of State Lands was directed to assist the Trust until it could find its own funding.  There is a crying need for nearshore ocean research, particularly to analyze the effects of Oregon’s new marine reserves, and the Trust has a plan for supporting such research, but here again, the Oregon Legislature failed the coastal environment.